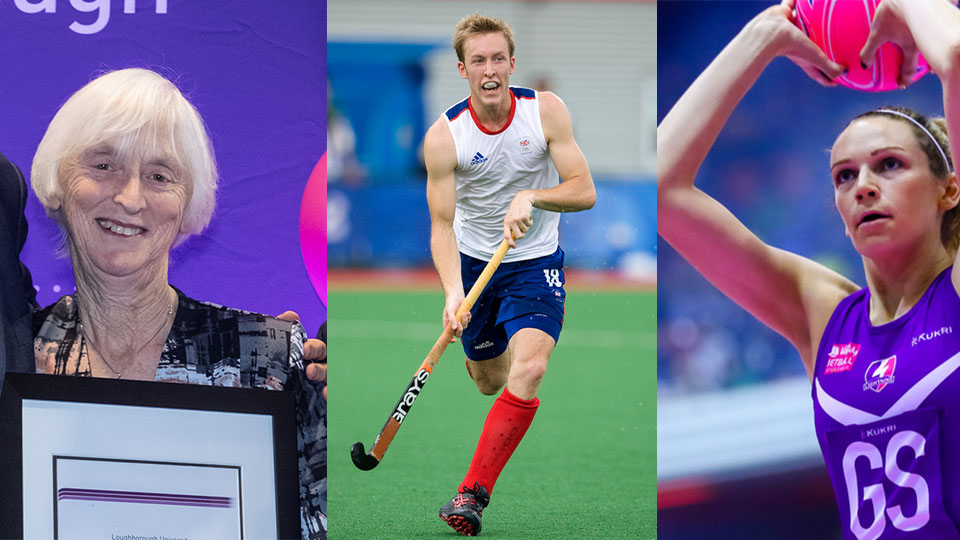 Baroness Sue Campbell, Barry Middleton, and Jo Harten have all been recognised in the Queen’s New Year Honours List.

A trio of Loughborough sporting stars have been named in the Queen’s New Year Honours List.

Baroness Sue Campbell, the Football Association's director of women's football, is to become a dame in recognition of her unwavering commitment to sport.

The former University lecturer and Honorary Graduate spoke of her "immense privilege" at receiving her latest honour:

"These things are an immense privilege but they're also something you accept on behalf of an awful lot of other people who make your job possible. I feel very grateful and it's a reflection of all the hard work an awful lot of people have put into women's football and my life in sport generally," Campbell told the PA news agency.

In another strong year for women’s sport, England Netball and former Loughborough Lightning goal shooter Jo Harten has been awarded an MBE for services to netball.

After graduating from Loughborough University in 2011, Harten was integral to the Vitality Roses winning a bronze medal at the Netball World Cup in July.

She also scored 58 of 61 points as her Loughborough Lightning side beat defending champions Wasps Netball in the British Fast5 Netball All-Stars Championship final in October.

Fellow alumnus, Barry Middleton, has also been awarded an MBE for services to hockey.

Middleton - the most capped player in the history of Great Britain and England Hockey - was named in the world team of the year on three occasions and was nominated for FIH world player of the year in 2018.