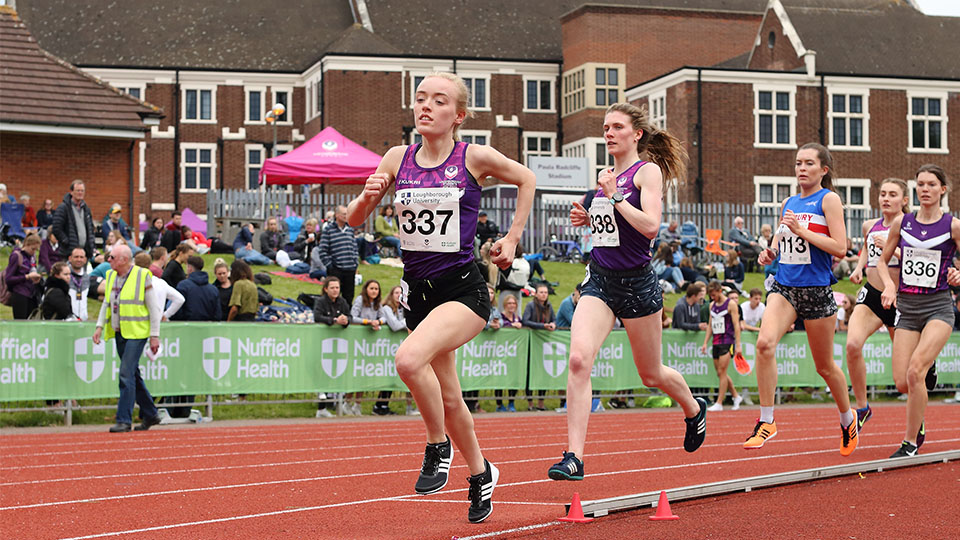 The BUCS Cross Country Championships, held at Holyrood Park in Edinburgh on Saturday 1st February, saw close to 2,000 runners participating and Loughborough impacting powerfully on proceedings - with team victories in three of the four races and a third team place in the other.

Grace Carson’s 1st place, Giorgia Chattwood a close 2nd and Kirsty Walker 4th got the day off to a flying start in the Women’s Short Course race, with the Loughborough team winning this race never looking in doubt.

In the Men’s short course race, storming finishes from Loughborough youngsters Tom Patrick (3rd) and Angus McMillan (4th) repeated last year’s team victory on the basis of a higher placed final scorer. With Loughborough men placing 6 in the first 15, the Loughborough B team in this race went on to pick up a further podium position in 3rd place, though due to some administrative errors, this was only highlighted the day after.

The Women’s long course Championship race saw Jess Judd 2nd in the wake of the Danish European Cross-Country Champion Anna Møller (St Mary’s) while Abbie Donnelly hung on as long as possible to take 5th. Drama was to follow as next Loughborough runner Amy Griffiths was struggling with a sore achilles tendon and had to pull out. 4th runner Sophie Tarver subsequently went on to finish a gritty 17th place, ensuring a 17 points victory margin and gold medals for the Women’s long course team.

Competition throughout the Men’s long course Championship race was fierce, with former Loughborough sports scholar Jayme Rossiter earning a brilliant 3rd place. Loughborough’s big hope, Tom Mortimer, locked horns with the leaders for much of the race, but the 5000m specialist eventually lost ground and was overhauled, including by team captain Joe Wilkinson, with this pair settling for 10th and 11th positions respectively.

Good support followed from Matt Willis who battled through to take 14th, and 1500m track star Josh Lay, who hung on to close the scoring in 21st place. The men’s team finished a very commendable 3rd place behind St Mary’s and Birmingham University.

Full results of the meet can be found here.