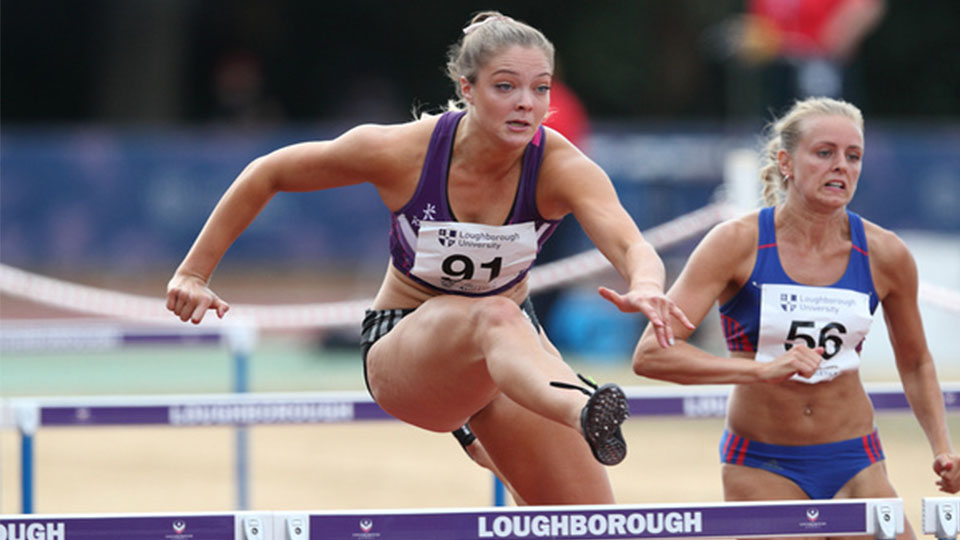 It was a very special February 14th for the African Violet team that travelled to the Sheffield EIS Arena, as Loughborough won at least one medal in every medal event on the Friday afternoon.

The medal rush was started by LSAC media sec Megan Marrs (coach: Alex Nwenwu) with the 2018 British Champion winning a well-earned silver with a season’s best 8.36. After clocking 8.44 to win her preliminary heat, Megan was always going to be in the hunt for a podium place, and it took a PB of 8.27 for East London University student Mariam Abdul-Rashid to overhaul her.

Charlie Dobson (coach: Benke Blomkvist) hadn’t ran under 7 seconds for the 60m before the 2020 indoor season, but that was soon to change. Running a swift 6.75 at the Loughborough Indoor Open a couple of weeks ago, Charlie went on to navigate the rounds of BUCS in the professional manner expected for a World Junior medallist. After a PB time of 6.71 in the semis, Charlie had a sensational last 10m of his 60m final to pull away from the field and win the final in a new Championship Best of 6.64. Defending Champion Kris Jones (coach: Glyn Hawkes) ran two season’s bests to make a stellar final, finishing a very commendable 6th place with 6.86.

Two medals were won by our 60m Para Sprinters, Kirsty Taylor, and Thomas Young. Both coached by newly appointed Para Sprints Head Coach Joe McDonnell, the athletes patiently waited until the late afternoon to get on the track for their straight finals. Recently back from injury, double World Para Junior silver medallist Kirsty won her final but took the silver medal after her times were compared to her competitors’ using the Raza points system. World Para Silver Medallist Thomas Young ran a PB of 7.24 to not only win the race but take the gold medal on points.

The women’s 60m was expected to be successful for Loughborough, and it didn’t disappoint. Ebony Carr (coach: Owen McNally) and Alisha Rees (coach: Leon Baptiste) had been in fine form so far in 2020, both having set PBs earlier in the year. Having both won their respective heats and semi-finals, it took a superb Championship best by East London University student Cheyanne Evans-Gray (7.28) to overhaul them both. Alisha went on to set yet another Scottish record of 7.32 in the final to take the silver medal, with Ebony backing up her earlier equal PB of 7.35 in the heats to run 7.41 for the bronze medal.

The final event of the day was full of its own drama. After a late false start recall in the men’s 60m hurdles, half the field completed the race without hearing the callback gun. Loughborough’s Ethan Akanni (coach: George Maciukiewicz) dipped first for the line just before the realisation that the race, and the win, wouldn’t count. After an unfairly quick turnaround, Ethan showed winning composure to repeat his win of a few minutes earlier. The gold medal and a new PB of 7.81 was the end result.

Day 2 was all about qualification rounds, but BUCS did ensure there was at least one medal event in the field. On the same day that a pole vault world record was set in Glasgow, JJ Lister (coach: Scott Simpson), reigning Indoor Champion from 2019, won the men’s pole vault with a 5.00m vault. He went on to have some great attempts at a new PB of 5.20m, but walked away happy with the gold medal.

Results from the first two days of competition can be found online here.