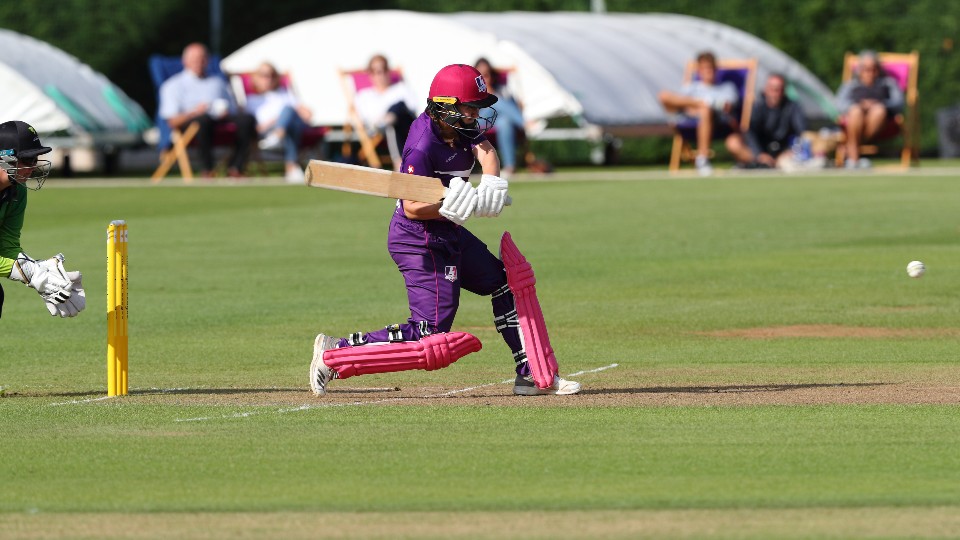 Lightning Cricket have secured the services of five key players ahead of the 2021 season.

Scotland international siblings Kathryn and Sarah Bryce will return to the side after a series of impressive performances under Head Coach Rob Taylor.

23-year-old all-rounder Kathryn Bryce captained the side in last summer’s Rachael Heyhoe-Flint Trophy and will be looking to build upon the previous campaign.

Right-hand bat and wicketkeeper Sarah Bryce will also return to familiar surroundings. Sarah represented Loughborough MCCU and Lightning Cricket, with her consistent form leading to selection in the ICC’s Women’s Global Development Squad, in which she played in a five-match series in Australia.

Also signing for Lightning will be right-hand bat and right-arm off spinner, Lucy Higham. Lucy - who is currently studying a Masters in Strength & Conditioning at the University - made her debut for Loughborough Lightning in the Kia Super League in 2017 and was a regular in the side for the remaining three seasons. Lucy also represented Lightning Cricket during the last campaign.

Lucy will be joined by Abigail Freeborn, the 24-year-old right-hand bat and wicketkeeper. Abigail has represented Sussex Women and Yorkshire Women in county cricket and was also part of the Loughborough Lightning squad for all four years of the Kia Super League (2016-2019). Abigail also appeared for Lightning Cricket in 2020.

Bethan Ellis, the right-hand bat, and right-arm seam bowler has also signed a contract for the new season. Bethan began her career playing county cricket for Warwickshire at U13 level, and progressed through to the Academy, making her debut for Warwickshire Women in 2015. She is currently studying a Masters in Musculoskeletal Sports Science and Health at Loughborough University and played for Lightning Cricket last summer.

“I am extremely proud that Lightning Cricket is one of eight regions to contract the first cohort of full-time professional players in the women’s domestic game. It is a huge step forward for women’s cricket and provides visible roles models to those wanting to make a living from the game in the future.

“It’s an exciting time - in what has been very difficult circumstances for everyone this year - for both the players and Lightning Cricket and I am very much looking forward to watching these players develop over the coming years.”

Lightning Cricket will compete against seven other regions across the country with the goal of providing a player pathway for talented female athletes to international cricket. The new season is due to commence in early summer 2021.