Lightning make two changes for the trip to Wasps 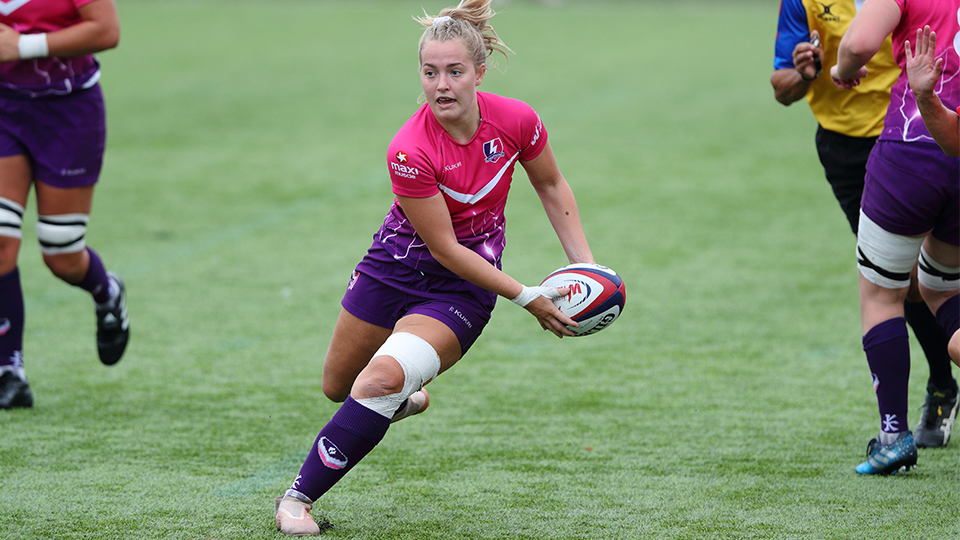 Loughborough Lightning will make two changes to the side that beat DMP Sharks 57-3 last weekend as they look to keep their winning momentum with a visit south to Wasps RFC.

Making her season debut for the side, Megan Davey will start at scrum-half on Saturday alongside an unchanged Lightning backline.

Detysha Harper is also given the starting jersey after making a big impact from the bench against DMP Sharks.

However, only 4 points separate the sides in the table this year with an electric display of rugby expected. The game will kick off at 1.30 pm at Twyford Avenue.

Speaking ahead of the match, Rhys Edwards commented:

"This weekend is going to be a real challenge. Wasps recruited well over the summer and have been on brilliant form so far this season. I think they are a real threat in the league which is great as we want it to be as competitive as possible.

We have got to be focused on our accuracy, but more importantly, we need to win the physicality battle and be smart on the ball. Our challenge the past couple of weeks has been keeping possession on the contact, so I think if we can anil that on Saturday we will have a chance to show what we can do.

It's great to have Megan back in the starting line-up again after a period of injury. There is a lot of competition in the squad for the scrum-half shirt this season, which is fantastic, but we are confident that Megan can step-up on Saturday as she has lots of Premiership experience under her belt."

Make sure you tune into our social media channels to keep up with all the action.