Lightning edge out Exeter Chiefs in a physical contest 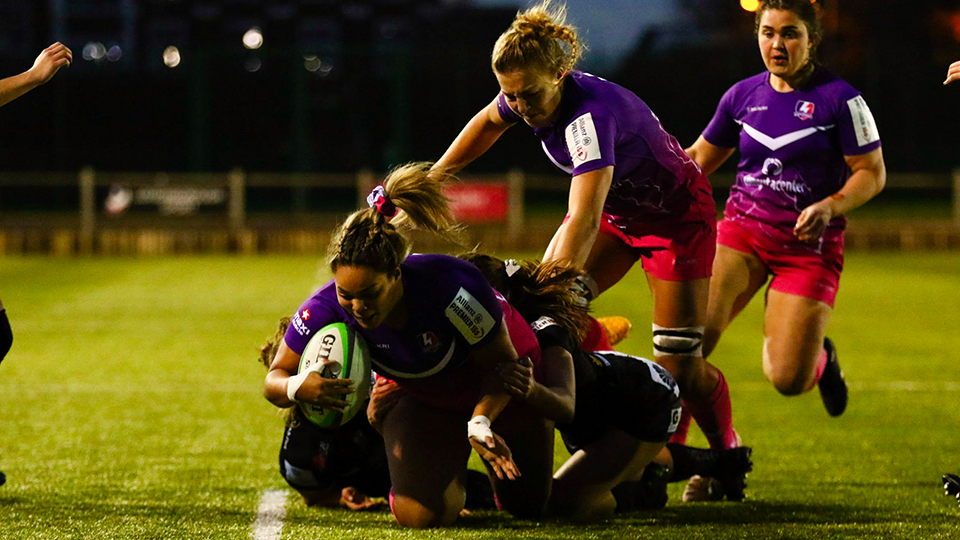 A physical contest at the University campus saw Lightning come out on top as they beat Exeter Chiefs 14-7.

An arm wrestle from the start, both Exeter and Loughborough headed onto the pitch all guns blazing on a windy day in the East Midlands.

With play bouncing between the two sides, it took 24 minutes before the guests scored the first points of the game. Exeter Scrum-half Patricia Garcia took a quick penalty to get her side to within metres of the try line, McKinley Hunt did the rest.

Reacting to the away side’s score, Lightning upped the intensity in attack. Taking the penalty quickly they took the Exeter side off guard. The ball found its way into the hands of speedster Rhona Lloyd who carved her way through the defence before evening up the score, 7-7.

With minutes before half time, Exeter had the chance to edge ahead with a penalty kick, however, the ball died just before the posts, ending the half with both sides one score apiece.

With the second half underway, it took Lightning only 4 minutes to strike. A line break from Daleaka Menin and a fantastic offload to captain Rachel Malcolm saw the home side camped on the Exeter 5m line. The forwards took charge and Lark Davies powered over the line for her 7th try of the season. Emily Scarratt added the extras to take the side 14-7 ahead.

Attacking with real gusto Lightning looked to send the ball wide, however reading the play well, the Exeter 8 intercepted the ball and broke the line. A scramble defence from Lightning caught the line break and forced Exeter to hold on.

With the wind on their side, Helena Rowland found touch in the Exeter half where they stayed for what was left of the game. Evenly match at the break down both sides looked exhausted when the final whistle blew - leaving Lightning the victors, 14-7 in a closely contested game.