Beaumont reflects on her time at Lightning 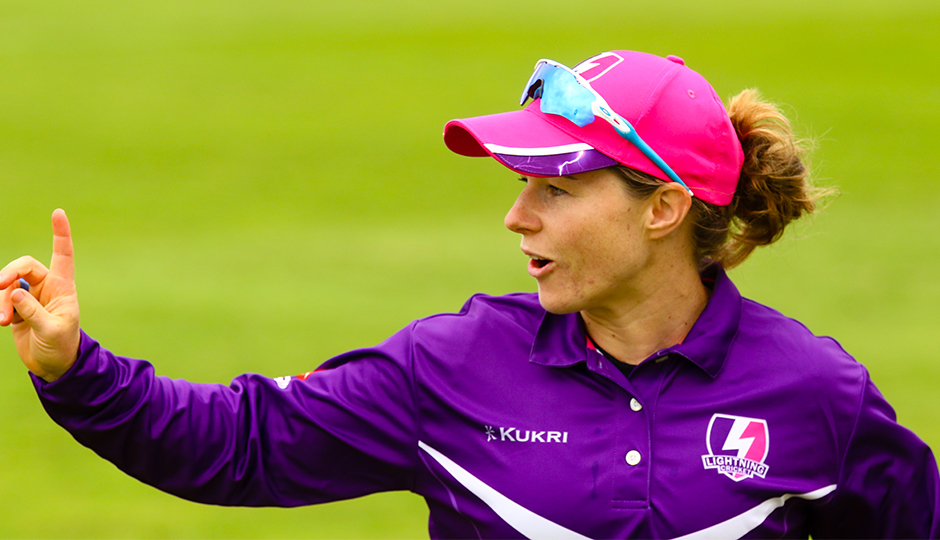 Tammy Beaumont reflects on her two-match stint with Lightning, as the England stalwart returns to the England bubble ahead of their upcoming series against the West Indies.

The 2017 World Cup winner and player of the tournament is an explosive opening batter, with almost 150 England caps across all formats of the game.

Beaumont studied chemistry and sports science at Loughborough University, graduating in 2012. Since graduating, she has stayed local to the East Midland’s base for over a decade now.

“Loughborough always had a great place in my heart, and I’ve lived in Loughborough for over ten years now so it’s good to call it home and finally put the purple on and play with a great group of girls.”

After the first two Rachael Heyhoe Flint Trophy fixtures Lightning are yet to put points on the board. Yet, both performances have gone to the wire and Beaumont is confident that times will change for the women in purple.

“I think obviously losing the first two games is tough to take, but actually there are so many positives to take from them.

I think going forward, we had some really good team performances getting the Northern Diamonds 20 for four and then 80 for six with their kind of strength and depth was brilliant.

And again, the same the other day against Thunder, the fact we were ahead of Duckworth Lewis for the most of it but then the rain kind of changed things and made it quite difficult for us at the end.” 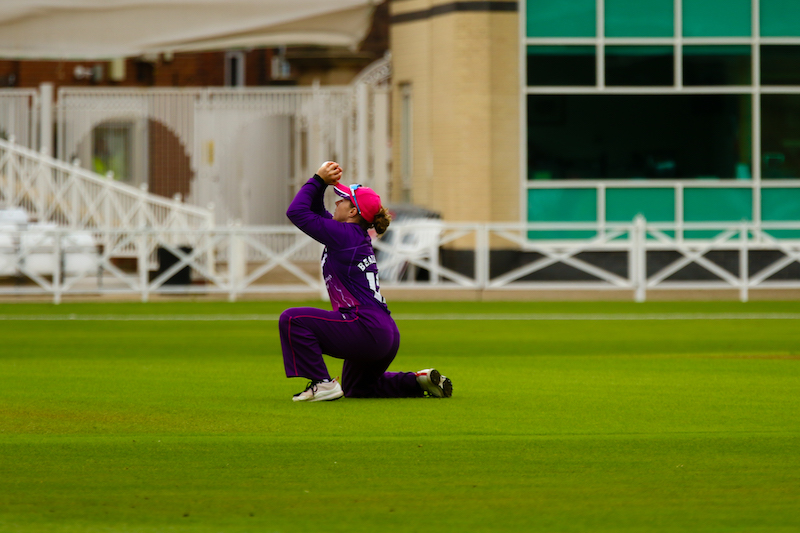 In the second fixture, Beaumont registered a half-century against Diamonds whilst sharing an opening partnership of 117 with Sarah Bryce (57). Beaumont was dismissed for a composed 51 which introduced captain Kathryn Bryce (71*) into the mix.

However, Lightning’s middle to tail order failed to back up the trio’s performance as no other Lightning player managed to make double figures as the side were dismissed 9-runs shy of victory.

“I got myself in yesterday, got to 50 and my job as an England player is to see that game home and it could’ve been a different story.

Kirstie bowled beautifully yesterday and didn’t get any wickets and that’s sometimes the way it goes.

I think unfortunately when you come up against the Northern Diamonds and they’ve got two of the best all-rounders in the world in Katherine Brunt and Nat Sciver and then Lauren Winfield-Hill is a class batter.

But them they’ve still got the likes of Jenny Gunn, Beth Langston and Lindsey Smith who have all played international cricket.

So that’s an incredible attack and we did exceptionally well to do what we did against them.

Ideally, I think we should’ve won that game really. We were in charge for a long time and I think their class of bowlers and players just got them over the line in the end but at the same time I could’ve probably shown my weight in worth and saw that game home really.”

Nevertheless, Beaumont’s presence in the Lightning squad has allowed the team to tap into over a decades-worth of international experience ahead of the remaining fixtures.

“You know we have got a young squad, I feel very old at 29 and that’s only going to stand them in good stead in learning from both of those two games where really we were in control of both of those games for a good three quarters or maybe more of it.

But it’s little things like run chases under pressure or bowling at the back end that has cost us and that’s really good learning for young players to take forward.

Hopefully, I was open and gave as much confidence and advice that I could, but at the same time, I think the girls are just brilliantly open to just wanting to learn and just asking really good questions and really reflecting well on their own performances which is full credit to them.

But, it’s a different story now for the rest of the season without the England players there for the next lot of games.”

Beaumont has a point there, as the England players depart their regional hubs and return to their Derby bubble, an analysis by CricketHer claims Lightning would currently be top of the North group based on wickets and runs by non-England contracted players. This should give Lightning players, staff and fans hope for the remaining four ‘must-win’ matches.

Lightning return to action on Saturday when they take on Northern Diamonds for the return fixture at the Fischer County Ground, Leicester.