Kathryn Bryce looks ahead at 2020 season 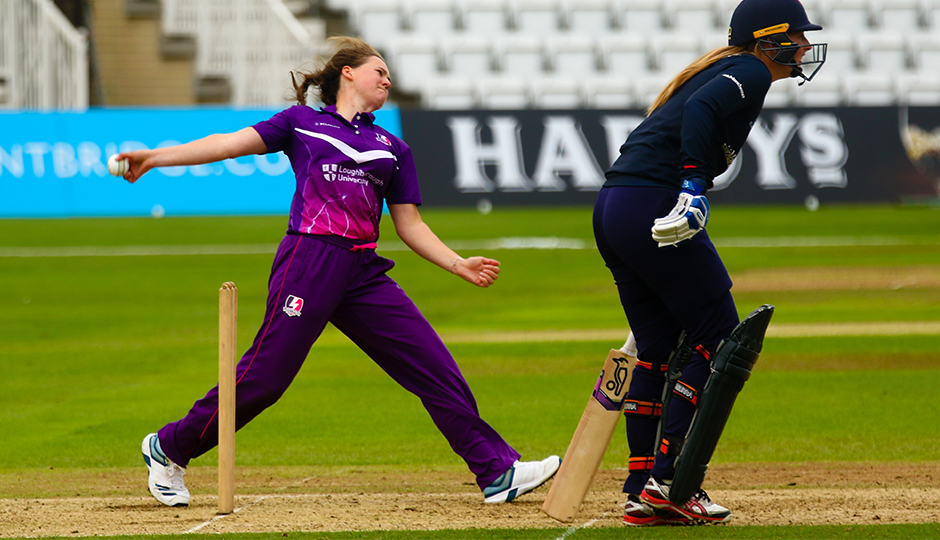 Scotland’s Kathryn Bryce will aim to continue her 2019 Loughborough Lightning KSL form within this new-look Lightning regional side.

Edinburgh born Kathryn is the current Scotland Women’s captain and has played for the side since her senior debut aged just 13 in 2011.

Kathryn has county, KSL and international experience not only at the helm for Scotland but as part of the ICC Associate Rookie’s programme where Kathryn was selected to train with WBBL team Melbourne Stars.

“I really enjoyed the KSL last year, obviously having been around the group a bit for the couple of years before last season and having trained with them at Loughborough it was great to play at the top level with international players. Even though it was a short competition, I learnt a lot and got a lot from it.”

The 22-year-old all-rounder goes into her final year of Sport Science at Loughborough University and was recently the recipient of one of two Lightning retainer contracts this summer.

“It's been really good to get a contract, it just gives me a bit of certainty in what we’re doing going forward and it’s just really exciting to be classed as a professional cricketer now and that was always the dream to play cricket and get paid for it.

So, being able to do it over this summer period has been really good and then looking ahead to having the five contracted players going in over the winter starting in October is exciting to have a full winter programme and being able to dedicate a lot of time to just playing cricket.

Also having been part of Loughborough Lightning and Loughborough University set ups before means I know how it all works and what is expected here. With the training at that next level I have that responsibility now to make sure the team are ready to go.”

Although, the pair have not always played alongside one another with Kathryn playing for Warwickshire and Sarah playing for Kent in the 2019 county season.

“I always enjoy playing with Sarah, we’ve played together for a long time with Scotland so to be there back together playing for Lightning is a great experience and to be able to share it with her is really exciting.

It’s nice being on the same team, being able to support her when she’s whacking the ball around is really great and I think mum is really happy that we’re playing for the same team again, so she doesn’t have to support two different teams!

But yeah, it’s always great to play with Sarah we just know each other’s game so well, it’s very comfortable and we really enjoy playing together.” 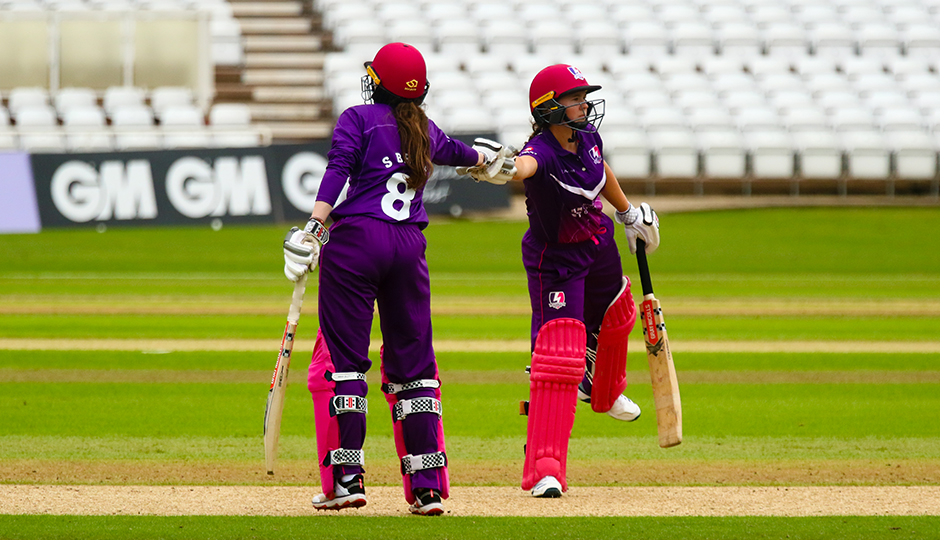 On Thursday, the team spent the day at Leicestershire’s Bradgate Park in Charnwood Forest for some team bonding and shirt presentations.

“Everyone seems to be getting on really well and have gelled quickly. I think it's helpful there's quite a few girls living in Loughborough now and so we’ve tried to be social and get together a bit outside of training and socially distanced of course!

We’ve had a few barbeques and things like that just to get to know each other outside of cricket as well as in cricket so that when we come together, we’re on the same page.

Going to Bradgate Park was good fun we were all in our little groups and had a wander up to the top. Although it was classed as fun conditioning which is two words I don't think can go together!

We did some sprints up the hill, had to memorise a picture, run down and describe it for someone else to draw on the board – which with our artistic skills was quite interesting…

We then came back down the hill and had a little picnic before doing the shirt presentations.

The only downside was it poured with rain on the walk back to the car, but apart from that it was good!”

“I think it'll be really good to have Tammy and Kirstie around the squad for a little bit, for a lot of the girls to kind of learn from their experiences because we're probably quite a young side in terms of the high-level competitive cricket that we've played. So, I hope the girls will just take as much as possible from them over the next few days.”