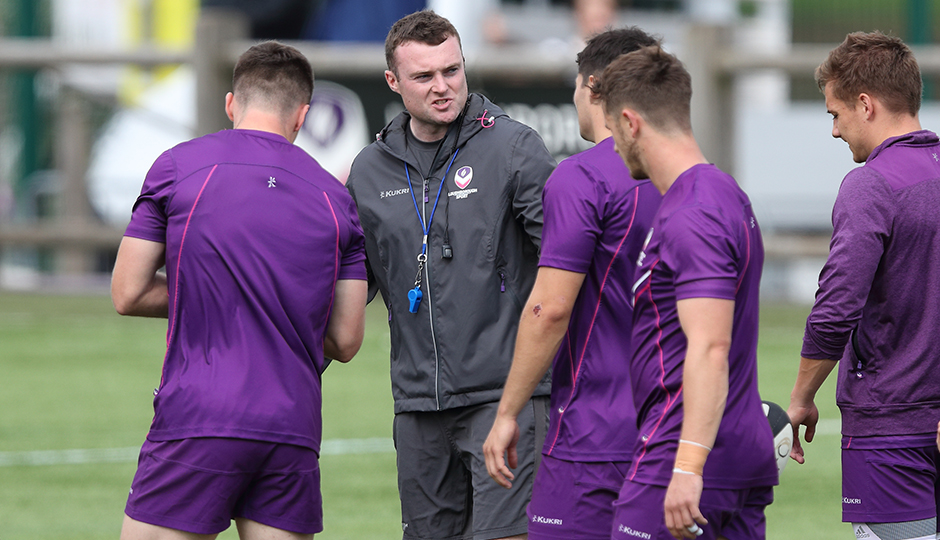 Loughborough Students RFC can confirm that Men’s Head Coach Gerard Mullen will be stepping down from his position, as he embarks on a new venture.

Mullen, who has been part of Loughborough Students RFC for 6 Years, leaves the programme having progressed through the pathway from volunteer coach with the BUCS 2 to Head Coach of the Men’s Programme.

Mullen’s energy, work rate and exceptional understanding for the game was evident from the beginning, and he immediately made an impact with the University BUCS 2 team. His hard work was rewarded when he was appointed as attack coach for the performance programme.

In 2017, Mullen was appointed Head coach of the Men’s programme, where he oversaw the attack and backs play for the programme and led the National League side. Mullen’s particular inventive eye on the attack game has seen Loughborough become synonymous with a positive high tempo brand of rugby.

Speaking about his time at Loughborough, Mullen said:

“It is with a heavy heart that I leave Loughborough. A special place that has presented exceptional opportunities and I owe so much of my development to Loughborough and its people.”

“I am very fortunate to have worked with amazing staff and highly dedicated young rugby players. The best part of the job has been seeing players progress after their journeys at Loughborough because of the quality of programme at the University.”

“The rugby club is a special place because of the values it has maintained over the years and the exciting manner in which the club has always played the game. It has been an honour for me to be a caretaker of this and I’d like to think I have added to the legacy of this great club.”

“The club is in great hands with Rhys at the helm and he will ensure the club keeps moving forward.”

“Gerard has made a significant impact on rugby at Loughborough. The brand of rugby that we play has been enhanced by his contribution. As a coach he has grown during his time here and is leaving as one of the games up and coming coaches, and one to certainly watch.”

“Gerard is an excellent example of the opportunities and the support that we can provide here at Loughborough, to not only to players but coaches as well. He started as a volunteer and now leaves a qualified, professional coach.”

“I would like to thank him for all that he has done for the players he has coached, and I wish him all the best in his next venture.”

Loughborough Rugby would like to thank Gerard for all he has done for the club over the years and wish him all the best for the future.

Loughborough University will shortly commence the recruitment process to identify a new Head Coach for the Men’s Rugby Programme.