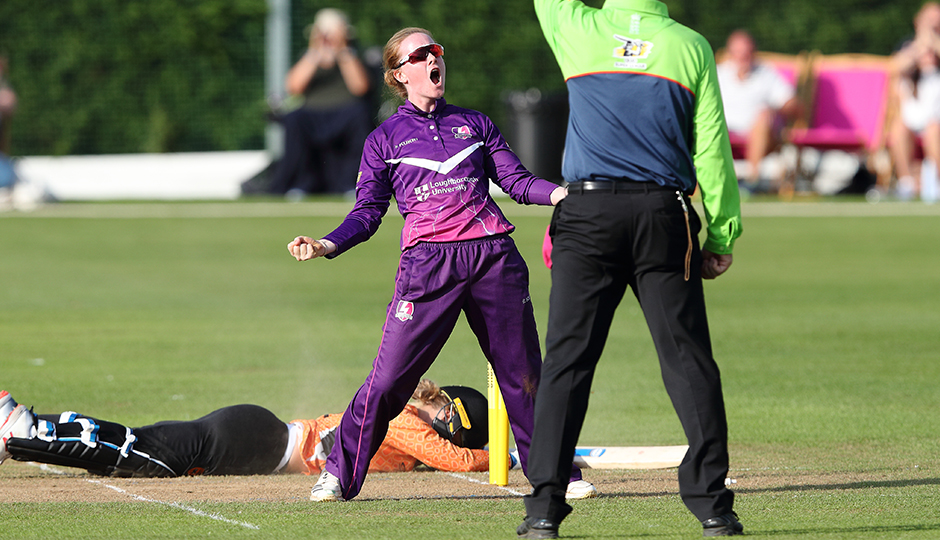 England Women Cricket duo Tammy Beaumont and Kirstie Gordon are set to join the Lightning squad for the first two games of the season ahead of Saturday’s opening game in the Rachael Heyhoe Flint Trophy.

Both alumnae of Loughborough University, Beaumont and Gordon will be welcomed back to campus once again. Gordon is a stalwart of Lightning Cricket having helped the side reach KSL Finals Day for the past two years, whilst Beaumont will wear the Lightning kit for the first time.

The news follows the EBC announcing the full allocation of the England Women’s Cricketers that will play for their teams in the opening two rounds of the new competition before heading into the Vitality IT20s series with the West Indies.

“I’m very excited to be back in purple playing for Lightning Cricket. There are some new faces in the squad that I have not met yet, but I’m really looking forward to seeing how we get on in our opening few games this weekend. I’m also excited to be reunited with my fellow Scots, the Bryce sisters who I haven’t played with together for 3-4 years.”

Lightning kick start their campaign against Thunder on Saturday at 10.30am at Trent Bridge.