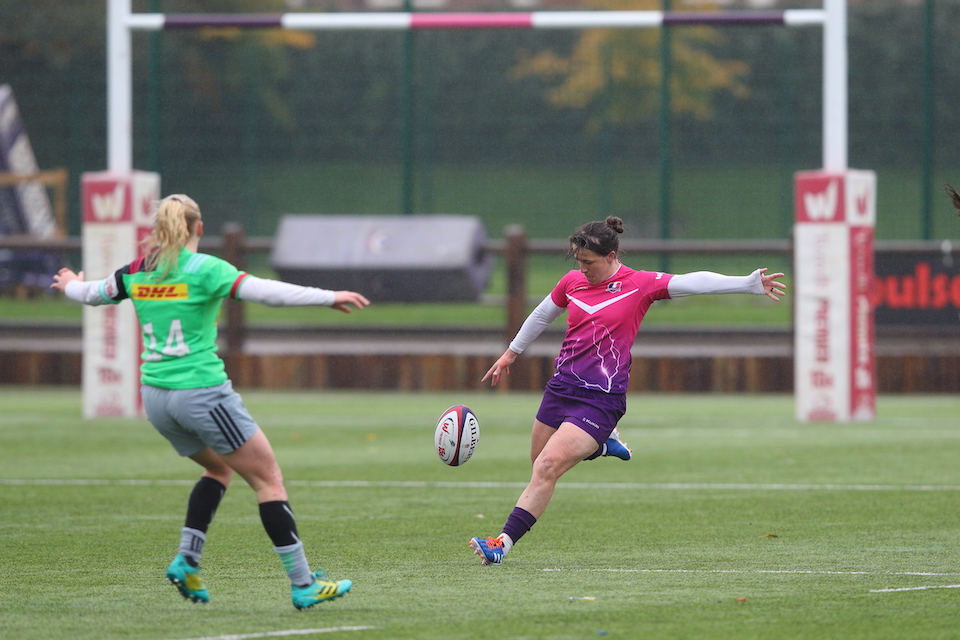 After two fantastic years with Lightning, it is with great sadness that we say goodbye to our England Fly-half Katy Daley-Mclean as she embarks on a new challenge for the 2020/2021 season.

Playing Fly-half Katy has been pivotal in Lightning’s success over the last two seasons, helping the side reach the semi-final last season. Not only did Daley-Mclean bring her playing ability and knowledge to the squad, she has also been key in the development of younger players who have had the opportunity to learn from one of the best players in the world.

Speaking of her time at Lightning Daley-Mclean said:

“My time at Lightning has been fantastic, the setup there is certainly one of the best rugby programmes I have been a part of, and it gave me a boost at a key point in my career, particularly the input from Strength & Conditioning coach Chris Baird.

The club’s greatest asset is undoubtedly the people involved and I just want to say a huge thank-you to both staff & teammates that made my time at Loughborough so enjoyable.

I look forward to seeing you all in the Tyrells Premiership next season as I embark on a great new challenge.”

Director of Rugby and Lighting head Coach Rhys Edwards commented on the move;

"Katy has been a great asset to the programme in her time here at Lightning. Her experience and professionalism has raised the standard of our performances both on and off the field. The support and guidance she has given to the young players in our pathway, in particular Alex Baker, shows her character.

I would like to wish Katy well in her next challenge and thank her for her contribution in making Lightning Rugby one of the best programmes in the league. I  look forward to seeing our next generation thrive from her legacy."

Katy will be greatly missed on and of the pitch, and we wish her all the best in the future.