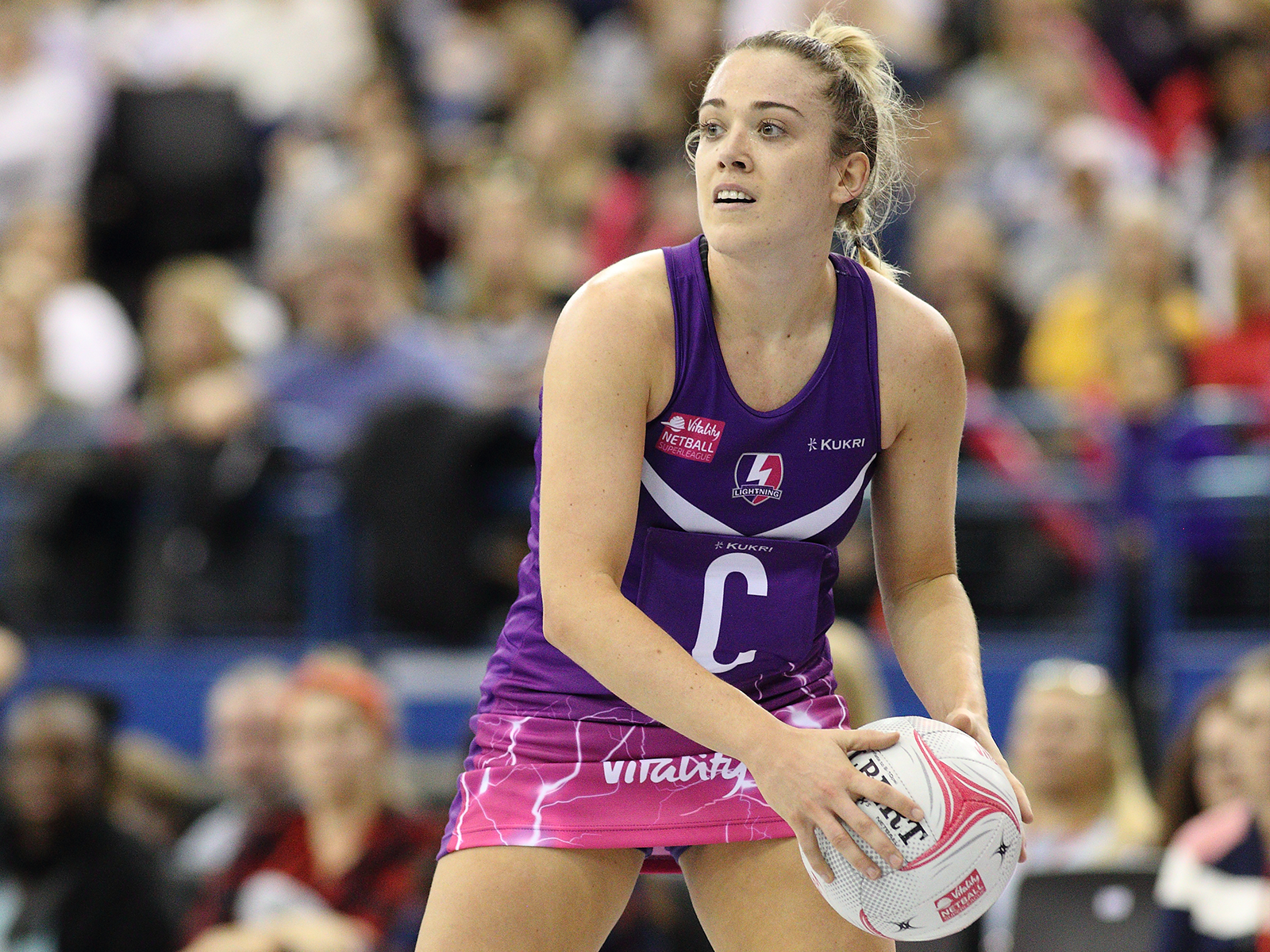 England Netball has announced the names of 15 athletes that will be traveling to Australia and New Zealand for a behind closed doors tournament later this month including 2019 Loughborough Lightning stars Nat Panagarry, Vicki Oyesola and Jess Shaw.

The Vitality Roses squad will play and train against Australia’s development team in Canberra, before both sides travel across to Auckland to face the New Zealand A side.

Having featured in the Vitality Roses bronze medal World Cup campaign, Lightning captain Nat Panagarry will embark on her first overseas tour since the tournament and provide vital experience for the younger players, such as fellow teammate Vicki Oyesola.

Due to start her fourth year of study at Loughborough University, Oyesola is named in the squad in her second year on the full-time national programme, whilst Jess Shaw makes her return for the Roses after a break due to injury.

The Roses will be going on tour for the first time with their new Head Coach, Jess Thirlby, who recently announced her appointment with the side at Loughborough University, and will depart the week commencing 23 September and return on 13 October.

Jess Thirlby, Vitality Roses Head Coach, said: “It is very exciting to be taking this team on tour to Australia and New Zealand to compete against both team’s equivalent emerging talent.

“We have some new faces within the Roses programme now and this is a great chance to expose those players to new styles of play and competition, whilst giving them the opportunity to learn from some of their more experienced teammates, for instance Natalie and Fran who had the amazing opportunity to compete in the Vitality Netball World Cup earlier this year.

“I’m very much looking forward to my first international tour as Head Coach of the Vitality Roses and can’t wait for what the future holds for this team.”

“It’s great to have three Lightning players heading on tour with the England squad. It’ll provide them with high level competition and valuable experience to bring back into a domestic environment. The beginning of the international four-year cycle provides an opportunity for players to stake a claim in the England squad and I’m proud of the girls for taking this chance.”

Loughborough Lightning would like to wish Jess, Vicki and Nat the best of luck on their tour.

The players selected for the tour are as follows: