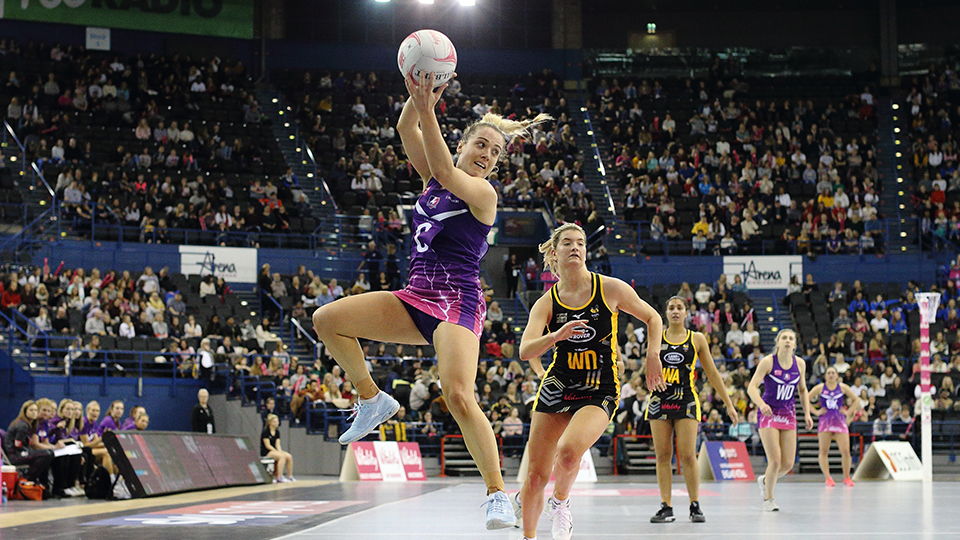 Loughborough Lightning is delighted to confirm the return of captain and England Roses star, Nat Panagarry, for the 2020 Vitality Netball Superleague.

Panagarry returns to Loughborough University for a fifth consecutive season after helping England secure the bronze medal at the 2019 World Cup in Liverpool this summer.

Having led the Lightning side to two consecutive Grand Finals in 2017 and 2018, Panagarry is no stranger to success and will use her experience to help a young Lightning side for what is set to be another competitive campaign.

After signing the deal, Nat said:

“I love the franchise and the team and I’m so thankful for all the opportunities that the club has given me since I’ve been here - Loughborough feels like home now.

“We’ve been in top four now for the last three years and that will always be the goal for the coming season. We are now more consistent as a side and will be looking to push those top teams at the right end of the league.”

Talking about the importance of the fans, Nat added:

“Hopefully after the World Cup there will be more sell-out crowds as the more people we can get coming and supporting us the stronger we feel out on court. Hearing and seeing all our fans there week in week out mean the world to us and they’re the ones that can help get us over the finish line.”

Head Coach Sara Bayman was keen to share the importance of Nat’s experience within the side:

“It’s great to have Nat back for another year. After playing in the World Cup with England I’m excited to get her knowledge, energy and leadership back into this group. It’s really important that we have a stable core of players and Nat is an integral part of that.”

Nat joins Sam May and Ella Clark as the third Lightning player to sign for the new season. With more signings to be announced over the coming weeks, be sure to keep your eyes peeled to find out who will be joining them on court next season.

You can catch Loughborough Lightning in action for the first time at the Season Opener event on Saturday 22nd February 2020 when they face Team Bath in a bid to rewrite history after last year’s bronze medal defeat.

Tickets for the event, that features every Superleague team in one venue, are on sale now and selling fast, so why not secure your seats now.