Lightning take the sting out of Wasps tail 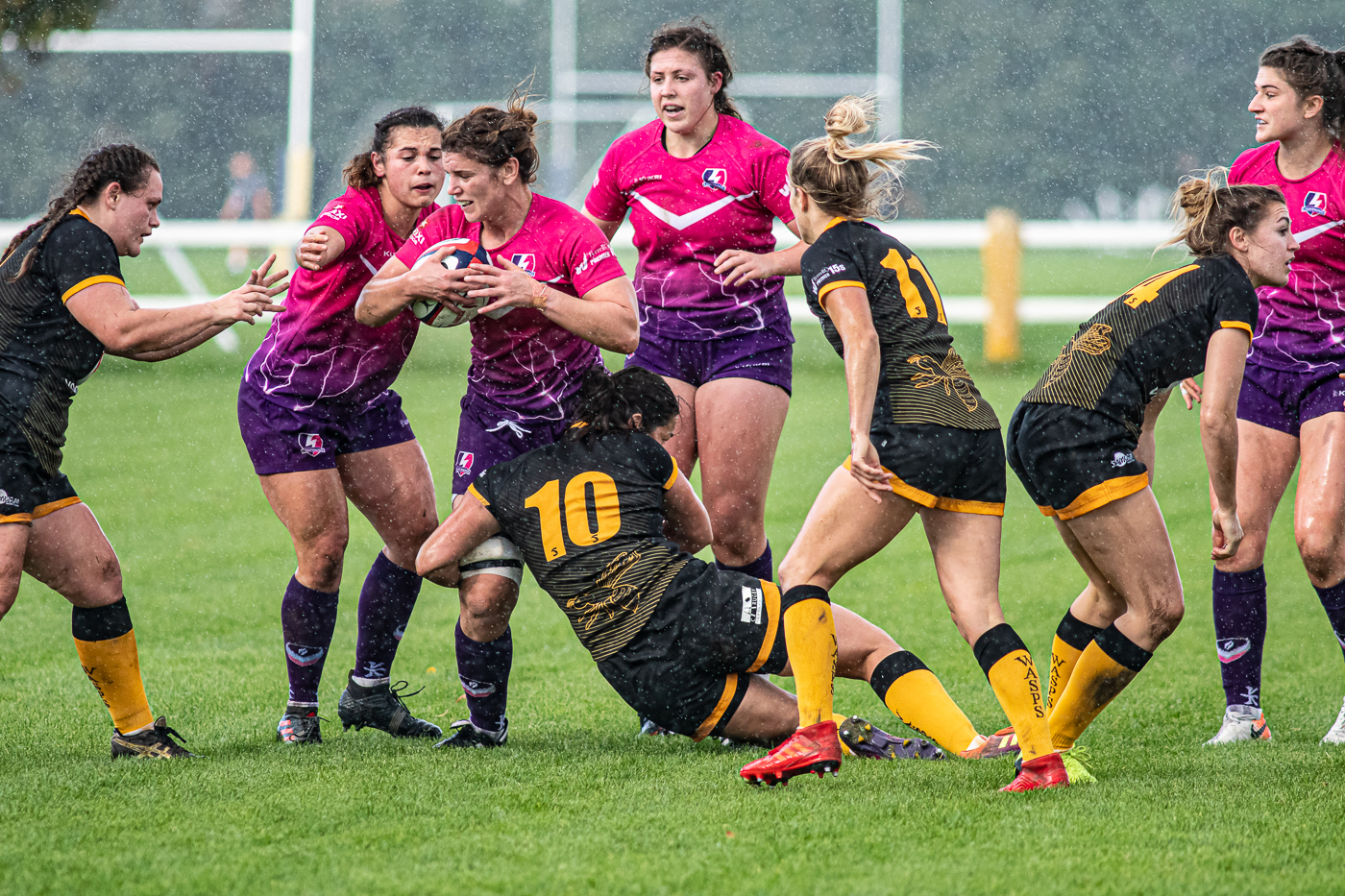 It’s back-to-back wins for the Lightning in the TP15s after following up last weeks 91-10 hammering of Firwood Waterloo with a comprehensive 35-15 away win at Wasps.

Lightning played with high intensity throughout and were rewarded for their fast and focused start with England captain Sarah Hunter opening the scoring on her return from injury 8 minutes in.

The Lightning onslaught continued penning Wasps back deep and 5 minutes later, Liv Jones capitalised on Wasps’ sloppy back line to double the lead.

Wasps reacted far better than they did to the first try as Claudia Macdonald reacted quickest to an overthrown Lightning lineout to half the deficit. A try scored out of nothing.

Then came the first of Lightning’s two penalties courtesy of Emily Scarratt after some sloppy Wasps discipline at the breakdown.

Hannah Edwards then responded with a penalty of her own after Lightning failed to release in the ruck but Lightning carried on pushing for more. Unfortunately they couldn’t add before the whistle, the half finishing Wasps 8-18 Lightning.

The second half started in complete contrast to the first with Wasps looking the far more focused side. Some impressive scrumming in the Lightning ten helped Wasps loosehead Hannah West go over from a crash ball, Hannah Edwards converting.

As Wasps tried to build on their comeback an offside call gifted Scarratt the chance to relieve some pressure. It was however, Amelia Harper that stole the show scoring two tries in 5 minutes to secure the win for Lightning 35-15.

The ComputacenterUK Player Of The Match went to Lightning’s No. 5 Georgia Bradley for a display of fine tackling and exceptional discipline.

Next up for Lightning, Harlequins at home next Saturday in a 2pm KO - Buy your tickets HERE