Lightning overpowered by Harlequins at home 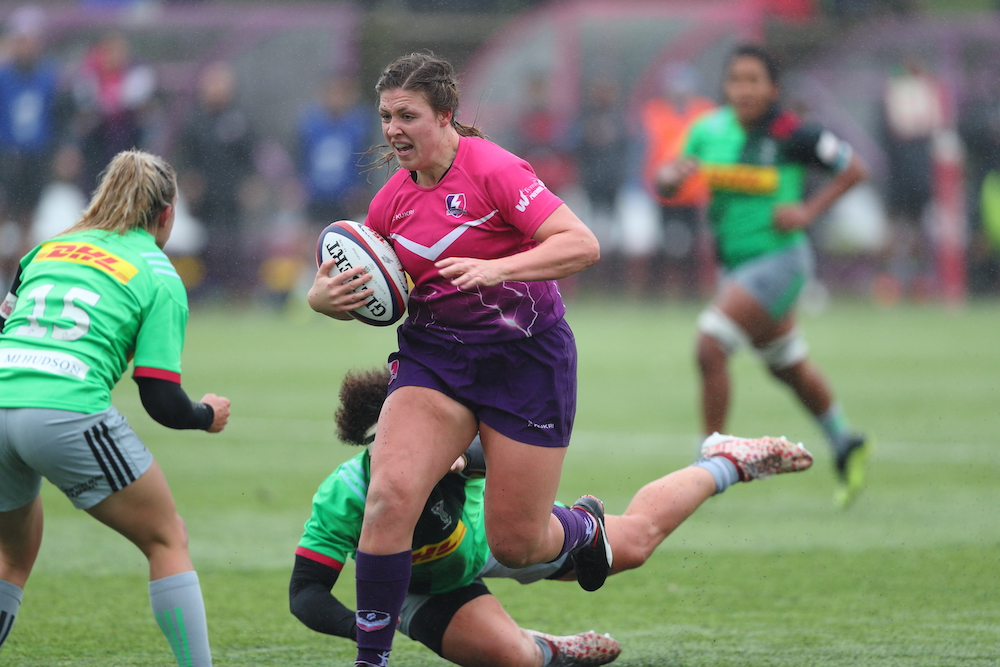 It was a game of two halves for Lightning as after a dominant first half they could not hold off Harlequins for the full 80 minutes.

It only took eight minutes for Emily Scarratt to secure the first points of the game for Lightning, taking three from the tee.

Capitalising on a loose ball from Harlequins handling, Bradley thundered over the line for Lightning, shortly followed by Menin - Scarratt added the extras and the home side was up 17 unanswered points ahead of the visitors.

Errors on the pitch from Lightning saw them go down to 13 players and it wasn’t long until Harlequins capitalised with two try’s of their own, closing the score to 17-12 at half time.

It was Harlequins that struck early in the second half scoring from a driving maul taking the lead for the first time in the game.

Adding to her tally Scarratt edged Lightning ahead with the boot only for Harlequins to capitalise on an over throw and take back their lead within minutes.

With Harlequins looking dominant in attack it was a fantastic intercept from Scarratt on the half way line that got Lightning back into the game, securing another seven points and yet again swinging the lead back in the home teams favour 27-24.

The Lightning lead however was short lived as the Harlequins dominance prevailed with their forwards crossing the whitewash twice before the final whistle blew ending the game 36-27.