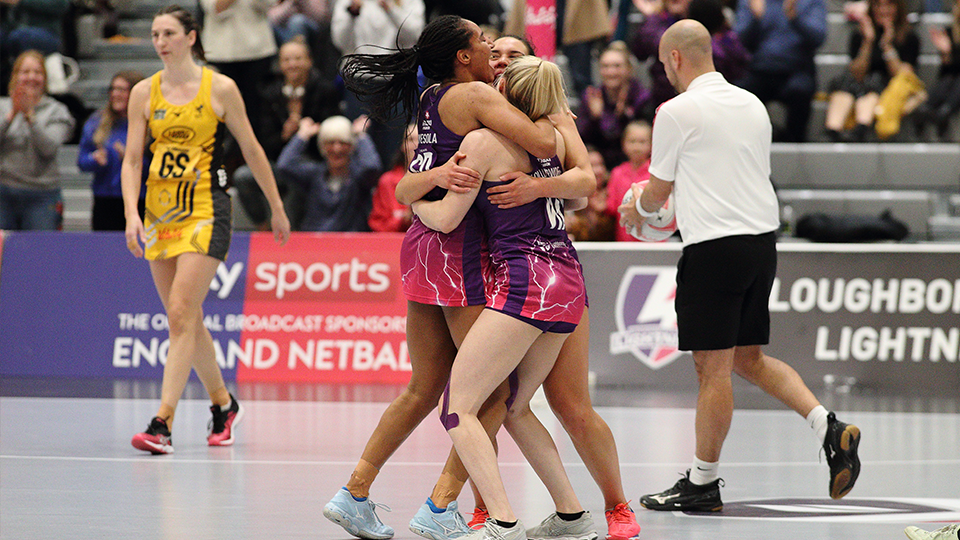 In one of the most anticipated games of the season so far, Loughborough Lightning welcomed Midlands rivals Wasps to Loughborough University for round ten of the Vitality Netball Superleague. With Sky cameras in full force, broadcasting their every move and a 1200 strong home crowd, Lightning were looking to use their momentum from the previous four wins to bring yet another result home.

Although the rivalry between the two sides spans just three seasons, the history between the sides easily overshadows the short time span. Having missed out on the top prize in the last two Grand Finals to Wasps, Lightning step up to each clash with the visitors with a sheer determination and eagerness to rewrite the past. Facing their nemesis in the opening round of the 2019 season, Lightning suffered at the hands of an experienced reigning side, resulting in a 42 – 72 loss.

This time around however, Lightning came into the game as a force to be reckoned with, new additions Cholhok and Keenan stood strong at either end of the court whilst experienced returners, Oyesola, Panagarry, Clark and Joseph provided strength through the middle, all eager to right the wrongs from the opening round. Jess Shaw not only joined the battle but provided a characteristic yet stable match up to Wasps’ Jade Clarke, England’s most capped player of all time. 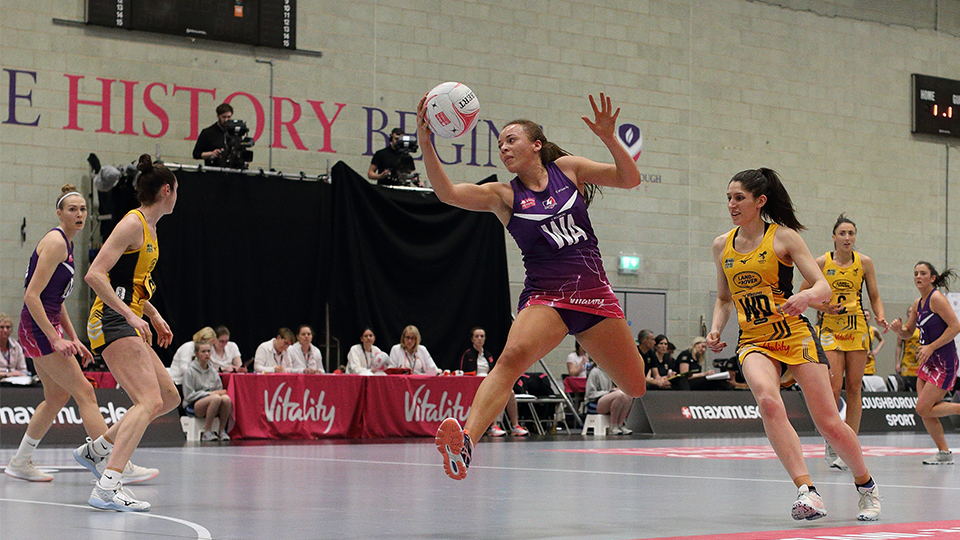 The opening quarter had the crowd on the edge of their seats right from the get go with both sides converting goal for goal and remaining level for most of the match. Time was on Lightning’s side however, and they finished the first 15 minutes with a two-point lead.

With nothing to lose and everything to gain, both sides turned up the speed, pressure and physicality to force error and open up holes in each other’s game plan. This time, we ended the quarter with Wasps in the lead.

A huge second half ahead of them, Lightning returned to court for the second half with Roddy at GD and the foresight of a gruelling 30 minutes before them. Pulling ahead and showing signs of their league winning play, Wasps pushed on and widened the gap, their all-star side leaving no room for rest.

It was the start of the final quarter that left everyone wondering “what on earth did Sara Bayman say to the girls on the side-lines?” for what should have been a terrifically difficult situation to come back from, in fact became Lightning’s situation to own, tackle and defeat. Remaining calm, composed and determined, the home side ran down the clock, closed the gap and left themselves with a single point deficit and one-minute left on the clock. With mere seconds left on the clock, the two sides were level but instead of panicking and firing the ball into the circle, Lightning worked it around, provided each other with support and back up before Clark dropped the ball into Cholhok’s hands for her to sink the ball through the net as if it were any other goal and any other situation.

As the final whistle sounded the already electric crowd erupted and Lightning became just the second team this season to beat the reigning champions, recording their seventh win of the season in doing so.

The result not only signified a turning point in Lightning’s season but also marked the first time they have ever recorded a home victory over Wasps since the visitors entered the league three years ago. A momentous night for Lightning in which Head Coach Sara Bayman identified her squad’s ability to maintain composure whilst under pressure as their key to success; 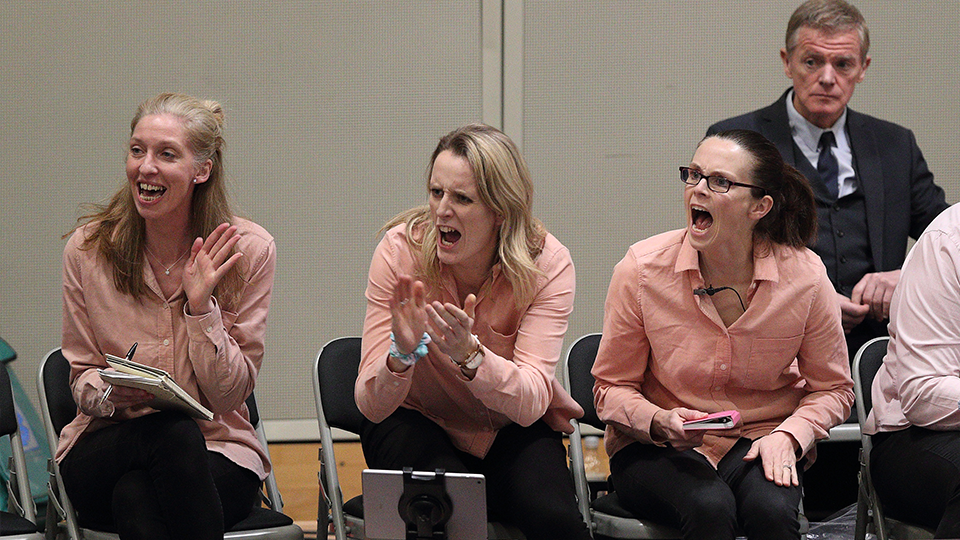 “We were losing our minds on the bench tonight as I think we wanted it so much for the girls. The opening round was a disaster for us and there’s a history with these girls and Wasps and it means a lot to take that win.

At three quarter time we thought we were dead and buried so for them to go out there and show that level of fight is really pleasing. This was an opportunity for us to show that we can beat those top of the table teams, this is just one ticked off. Next week we travel to Stars which is another tough away game and it’s good to start to make winning a habit and hopefully keep this streak going."

Bayman also noted the value in their home crowd support and what it means to the side to have such a strong fan base;

“The crowd have been absolutely amazing tonight, every time we needed them they were there, I think the roof was coming off the arena at the end and it really makes a difference in such difficult matches.”

Starting the game at wing defence before moving to centre, Captain Nat Panagarry was deservedly awarded Player of the Match after her stellar efforts became the backbone to the team’s victory;

“It was a great game and a great contest. Wasps are such a good side and every time we play them it’s so physical. Last time we played them it was really disappointing, it wasn’t good enough from us, it wasn’t a good loss so I think it just proves how far we’ve come now from the start of the season. I think some people wrote us off but I think you can never really do that and we’ve gone out and proved that today!”

Lightning are back in action at home in just 12 days’ time when they welcome Saracens Mavericks to Loughborough for a Mother’s Day special. Tickets to the clash are on sale now and are selling fast, so why not get your hands on a seat to witness all the action live?