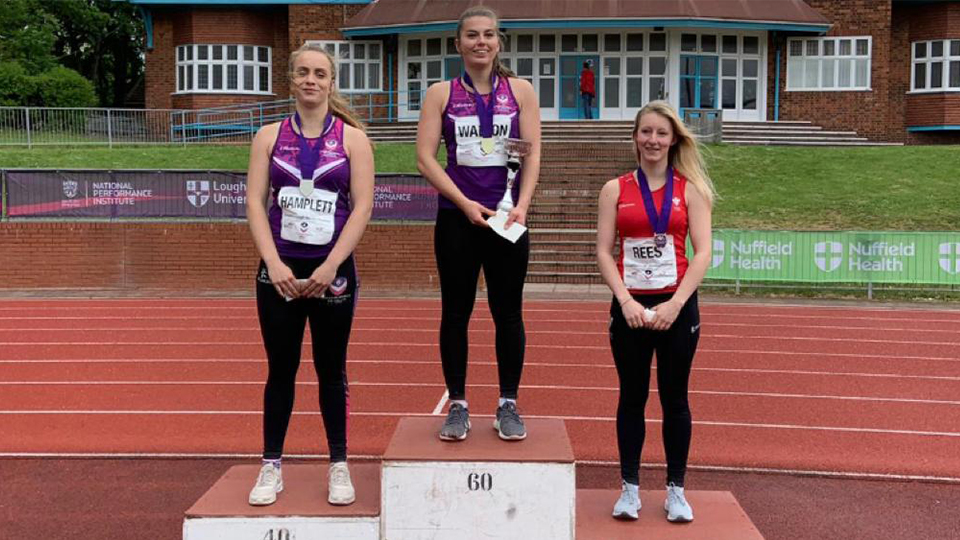 The inaugural Loughborough Javelin Festival provided the perfect setting for a thrilling day of competitive throwing.

Held in late May and supported by Loughborough Sport, England Athletics, and the British Athletics Supporters Club, the day began with the U15 boy’s competition and a win for Joseph Taylor with 53.12. This was followed by silver for Liam Cawley and bronze for Oliver Atkinson.

The second competition of the day was the U15 girls, with Jess Thompson’s 38.73m throw taking the win, with Lucinda White taking the silver medal and Hannah Lewington the bronze.

The U17 men then took their turn, with U15 National Record Holder Ben East winning with a throw of 64.32m. Luke Robinson took the silver and Bradley Jenvey the bronze.

The ladies U17 competition was the closest event of the day, with many personal bests achieved across a competitive field. The eventual winner was Harriette Mortlock, with a personal best of 45.53m, with Phoebe Hoean taking silver and Lauren Foletti the bronze.

The winner of this event also took home the Caroline Price Memorial Trophy in memory of our friend and coach who we sadly lost last year.  The trophy was presented to Bekah Walton by fellow coach, and best friend, Bronwin Carter.

The medallists in the Men’s and Ladies senior events each took home prize money kindly donated by the British Athletics Supporters Club.