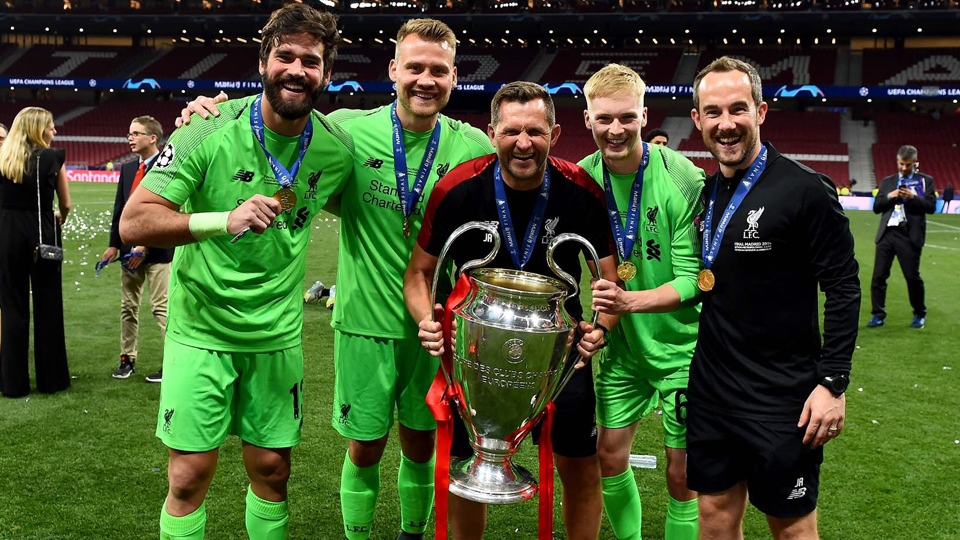 Talented alum Jack studied Sport and Exercise Science between 2004-2007 and was the University first team football goalkeeper. Jack also went on to represent England at Futsal before developing his career in coaching.

Leaving Loughborough, Jack spent a year at Leeds United academy before moving to London to work for London Youth Rowing. Moving back into football Jack was an academy coach for Crystal Palace and Manchester United. Spending seven years at United Jack worked with players from nine years old to the first team specialising in goalkeeper coaching.

Holding a prestigious UEFA A license in goalkeeper coaching Jack moved to Liverpool in September 2018 as first-team assistant goalkeeping coach where he’s now added a Champions League medal to his collection.

“My time at Loughborough was fantastic. I was surrounded by the best sports facilities and people. The cutting-edge breadth of knowledge and sporting talent at Loughborough was world-class and I’ve kept in touch with the people I played with as well as recently working with lecturers.  It was an incredible place to be a part of, I remember going to training and seeing Paula Radcliffe running around campus or England rugby and cricket training. Loughborough has been a touch point in wherever I’ve been.

I also want to  thank the Liverpool Football club, its players, fans and all the staff for the opportunities I have had.”