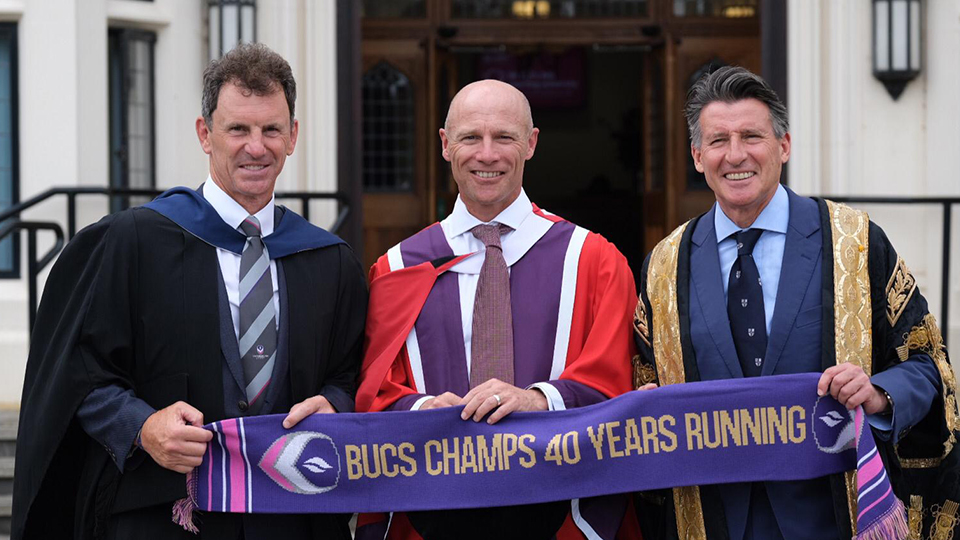 An Olympic rower and a GB hockey coach are among the inspirational sporting figures recognised during Loughborough University’s summer graduation ceremonies.

Matt Gotrel MBE received a Doctor of the University in recognition of his contribution to rowing. He was crowned an Olympic champion after winning gold with the men’s eight rowing team during the 2016 Rio Olympic Games.

After completing his degree in Physical Education and Sports Science in 1992, Danny worked with Ealing Ladies Hockey Club in the English Hockey League. In 1997 he was appointed as Assistant Coach to England Under 18 Men’s group, before becoming Head Coach in 2001.

Danny became Head Coach to the England Women's Senior Team in 2004, where he spent the best part of 13 years taking the team from 11th to 2nd in the world rankings. He then led the team to their first Olympic medal in twenty years, winning bronze at the London 2012 Olympic Games.

Under his leadership and guidance, the team won gold in GB’s Olympic Games in Rio 2016. In 2017 Danny took up the position of Head Coach for Great Britain and England men’s Hockey.

“I was a student here from 1989 – 1992 and it was probably some of the best years of my life. Some of the highlights included playing in what was then known as the UAU (Universities Athletic Union), which is now the BUCS competition. We were a good side and we won some gold medals in that time”, said Danny.

“My time here really helped my career, not only the grounding I had during my undergraduate course but also the connections I made with many people who now work throughout sport – it’s been invaluable. I feel very honoured and humbled to be receiving an honorary degree.”

Bessie Chelemu also received a Doctor of the University in recognition of her work in championing sport to improve the life chances of thousands of young people in Zambia.

Bessie is the first female Director of Sport in Zambia and is responsible for the coordination, planning, and development of sports programmes and projects in the country.

She has been a key advocate and supporter of the Wallace Group, a partnership created in 2004 by several leading UK universities, including Loughborough, to support sports development for young people in Zambia.

Bessie is currently engaged in establishing a Department of Physical Education, Coaching and Sports Management at the University of Zambia, a vital next step in developing a sustainable ‘in country’ capacity to develop and grow their sport industry.

The inspirational figures were recognised during ceremonies at the University between 16-19 July 2019.