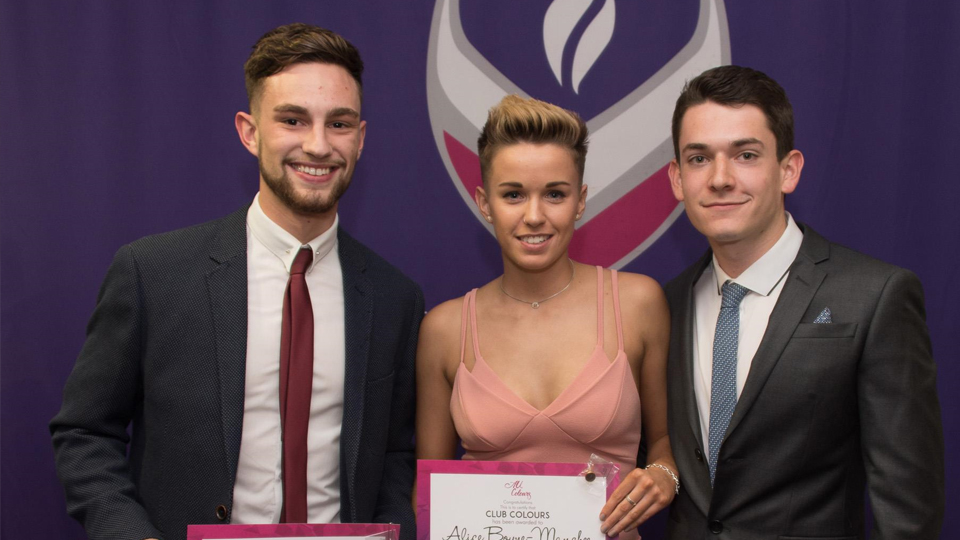 Loughborough Sport and Exercise Science student Sam James has spent hundreds of hours volunteering within our football programs developing himself and the club at the same time.

During Sam’s second year he volunteered as the assistant coach to the Women’s 2’s but it wasn’t long before he stepped up to manage the side leading the coaching team and players to BUCS silver success. Today, Sam leads the whole club in his new role as Head of Women’s Football and coaches the first team who are having their best season of the past few years to date. Sam is actively going above and beyond to provide the best Loughborough experience to all the players and staff who dedicate so much time to the success of the club.

“I have been a student coach involved in the University for two years. I have predominantly been involved in the Loughborough Students Women’s Football Club, however, have also held committee roles for the Coach and Volunteer Academy.

Within my second year I was an assistant coach in the Women’s Football Club as well as Coach and Officials Officer for the CVA. I was supported greatly in these roles, accessing expert knowledge through formal CPD as well as mentoring from experienced staff. I found this to be hugely valuable to my personal development as well as my coaching.

Having won a BUCS Silver with Women’s Football, as well as AU colours, this provided me with what I needed for placement interviews and further opportunities. Plus, my voluntary experiences lead me to achieve roles at Fulham FC and Crystal Palace Ladies whilst on placement in London last year and enabled me to be accepted onto the highly competitive UEFA B coaching qualification, something I completed in early 2018.

Most recently, in my third year of study, I have become the Head Coach of Loughborough Students Women’s FC. I am Head Coach of the first team, along with overseeing the 8 teams present in the club, encompassing over 100 players and 20 staff. As of December 2018, we were the best performing university women’s football programme in the United Kingdom, which is something I am very proud of. We have evolved the programme both internally and externally, and this has been supported by Loughborough Sport and the CVA greatly.  I have found this experience to be a huge turning point in my coaching journey, inspiring me to continue into a full time role in football after graduation.

Without volunteering at Loughborough, I may not have improved my on and off pitch coaching, missed out on core networks, professionals and key influencers in the game.

I feel very lucky to have been able to access these opportunities and would encourage others to volunteer during their time at Loughborough."