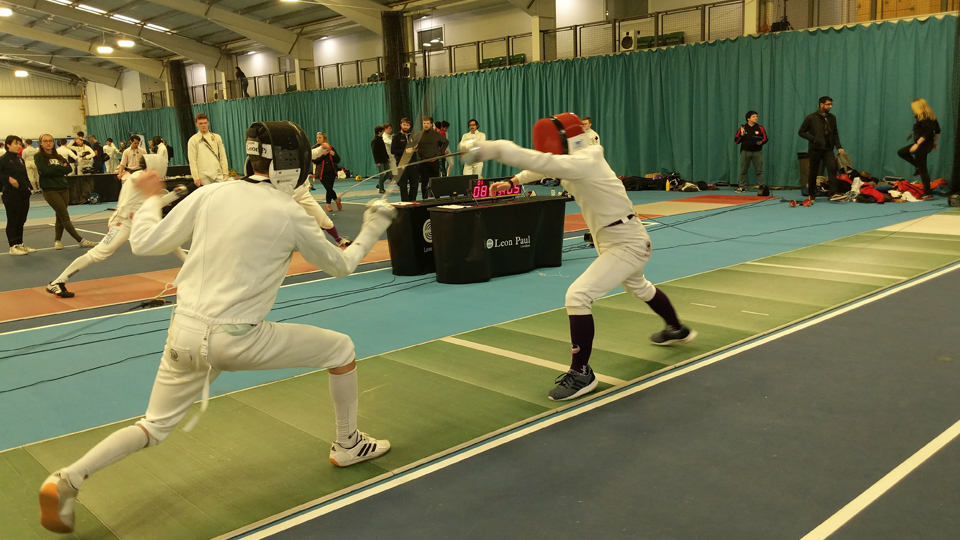 The BUCS Nationals 2019 saw over 6000 students make their way to Sheffield last weekend to state their claim to an array of shining medallions. The competition floor was open to a set of eight individual sports, including fencing who secured two crucial medals for Loughborough.

Loughborough’s Athletic Union put forward a select number of both male and female competitors to take to the floor and put their best hand forward with the Sabre, Foil, and Epée.

Friday 15th sparked the action with the Women’s Sabre event. African violet socks were the order of the day. Bethan Plant and Elsa Phillipson cruised through the pools and into the main tournament, where Bethan took a solid 8th place, standing ahead of another 42 athletes in the main tournament. This was a brilliant achievement considering the Sabre is not Plant’s weapon of choice.

With the first day of the event over, and medals still hanging just out of grasp, Saturday brought a fresh page with the Men’s Sabre event. Over 100 students took part, with two of Loughborough’s students making it into the top 40. Zach Hamilton stood far ahead of the rest of the competition with opponents cowering before him. The semi-final was executed with ease until an eventual submission to Oxford in a fast-paced and aggressive final. Silver it was, and the first medal for the Loughborough Fencing team.

The last day of the long weekend brought two of the major events for the Loughborough team: Men’s Foil, and Women’s Epée. Jose Naravez, having placed well in Sabre, prized his moment. He steamed through the tournament into the semi-final, taking a joint-bronze to an opponent from University of Birmingham. Alex Polychronopoulos took 18th in a batch of over 100 in the Men’s Foil, and Bethan Plant took 11th place in Women’s Epée.

Overall, the weekend was packed with excitement and has left a strong foundation of skills to work on and push off into future competition.