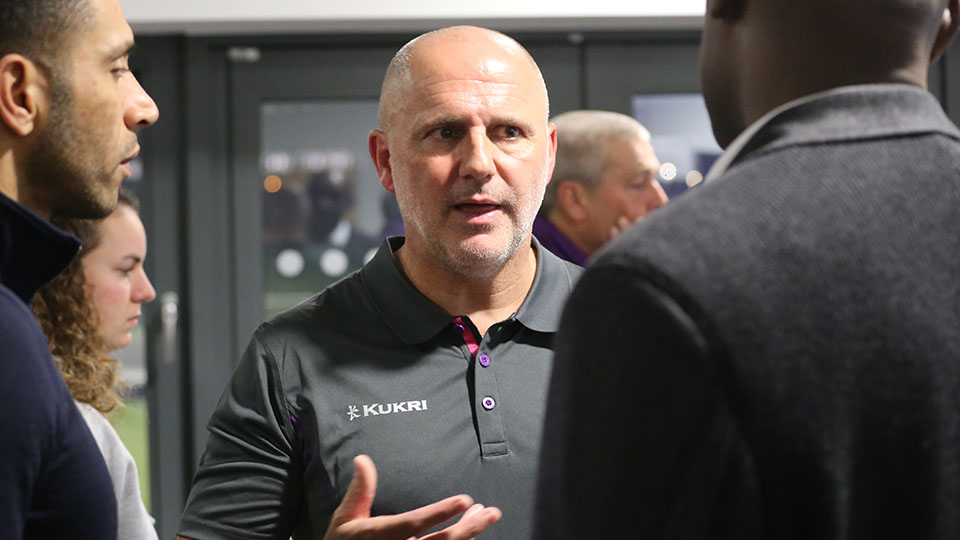 Richard Allen, Loughborough University’s Director of Football, has been appointed to the FA Council.

Richard Allen, the Director of Football at Loughborough University, has been appointed to the Football Association (FA) Council.

Richard will also sit on the Futsal Committee where he will help to shape the new Super League and support the various England International age-group teams and the Adult Participation & Development Committee, which is responsible for overseeing the FA’s strategy to increase participation both on and off the pitch.

On his new appointment, Richard said:

“It’s a great honour and privilege to be selected for this position. In my current role as Director of Football at Loughborough University, I believe I’m well placed to advise on the part higher education can play in the development of football across England.

“Having worked in professional football for many years, including for the FA, I’m looking forward to getting started and cementing the sector’s influence on the game.”

Richard’s experience includes; Head of Talent Identification at the Football Association, Head of Academy Recruitment at Tottenham Hotspur, and Head of Academy at Queens Park Rangers.

“We are delighted Richard’s talent, hard work and strategic thinking have been recognised by the Football Association in the form of an invitation to sit on FA Council. Richard has consistently shown dedication to his role at Loughborough University and we’re sure the FA can expect the same levels of commitment in his new venture.”

Richard will commence his new position in the summer of 2019.