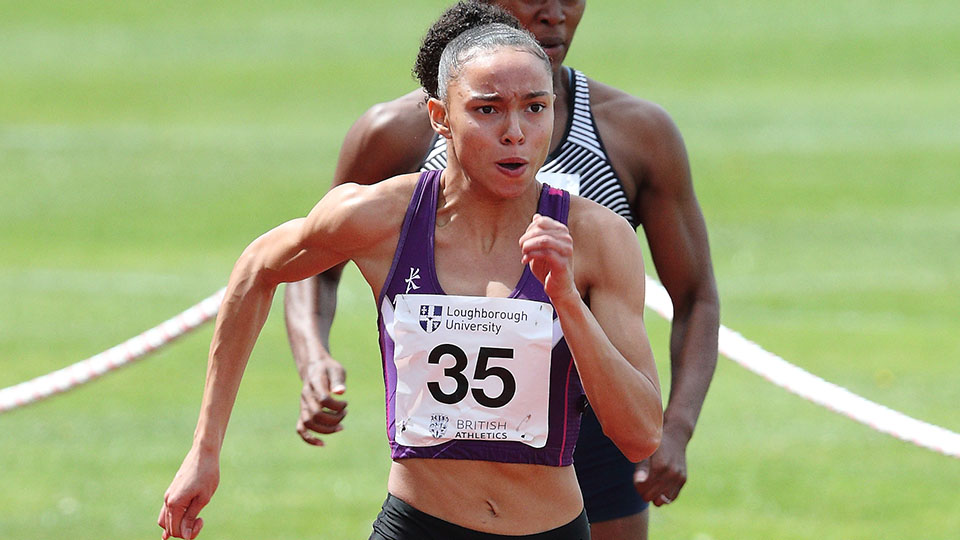 Loughborough's Georgina Adam ran a personal best of 11.45 in the Women's 100m.

A thrilling day of athletics at the Loughborough European Athletics Permit (LEAP) saw several competitors smash their own personal records.

In the Women’s 100m, Loughborough’s Georgina Adam produced a stunning performance to record a best time of 11.45 seconds.

After an equally strong heat - where she also secured a personal best - Adam held her stride to take the victory and shave 0.22 seconds off her fastest time.

22-year-old Tommy Ramdhan also had a day to remember, beating his personal best by 0.03 seconds with a run of 20.56 in the Men’s 200m. Loughborough’s Charlie Dobson also showed his class by matching his record of 20.53 in the same race.

Jamaica’s Michael O’Hara was another athlete to secure a PB after an explosive performance in the Men’s 110m Hurdles with a time of 13.61 seconds.

In the hammer, all eyes were on the dual between Loughborough’s Taylor Campbell and Scotland’s Chris Bennett. Campbell’s second throw of the day proved decisive, recording a magnificent 73.63m with Bennett’s reply falling just short at 71.47m.

Not to be outdone, Lucy Marshall wowed the crowd by throwing a stunning lifetime best of 63.47m in the Women’s event – the first time she’s hit the 60m mark.

Dai Greene eased to victory in the 400m hurdles, cantering home in 51.22 seconds. The 2011 World Champion showed his experience to pull away early, leaving the rest of the field with too much to do.

Australia’s Michelle Jenneke’s rapid 13.13 seconds was more than enough in the Women’s 100m Hurdles, whilst Finette Agyapong’s 23.17 time saw her take the crown in the Women’s 200m.

Loughborough also secured a one-two in the Men’s Javelin as Daniel Bainbridge’s 63.84m matched his score at Loughborough International back in May. Greg Millar’s 58.28m throw moved him into second place, ahead of Redford Curtis who threw 57.49m.

For a full breakdown of all the results from LEAP 2019, visit here.