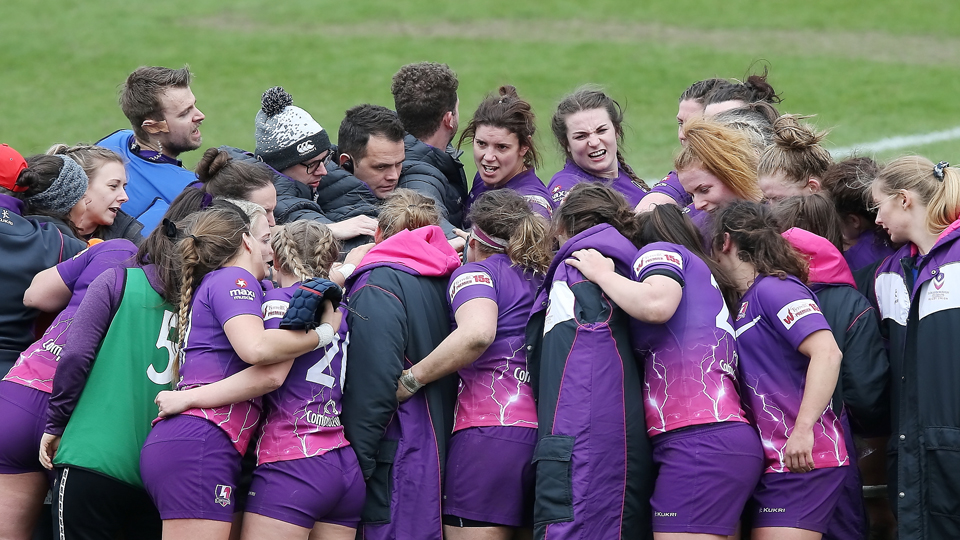 Lightning are out of Tyrells title contention as Harlequins bruise their way to a 26-10 victory.

The match started with Lightning on the backfoot as Harlequins’ Jade Konkel darted through the Lightning lines to slot home in the first minute of the match, 5-0. Lightning were quick to retaliate with the swift hands of Emily Scarratt finding Carys Williams down the left wing to draw even, 5-5.

As momentum built from both sides, a period of stalemate left both sides frustrated without a breakthrough. Over thirty minutes passed before Konkel struck again for Quins to close the half 12-5 with Ellie Green’s conversion successful.

Twelve minutes into the second half, Vickii Cornborough slid across the whitewash for Quins to extend their lead 19-5 as Green converted once again.

As the clock escaped Lightning, Quins scored on the 69th minute through the efforts of Leanne Riley. Green’s successful conversion took the score 26-5.

A glimpse of hope came from replacement Megan Davey who advanced Lightning’s score 26-10.

Despite playing their hearts out it wasn’t quite enough for Lightning, who face heartbreak as Quins secure the win 26-10 progressing to this year’s Tyrells Premier 15’s final.

“ It’s obviously really disappointing the way the scores gone but it was a really entertaining physical game which was the biggest challenge for us. We just couldn’t sustain the pressure at times, and they capitalised on that. They kept the score ticking over and in the end the try at the end wasn’t enough for us. But, I am really proud that we got here and how we competed this season, but we know we’re better than that and next year the challenge is to go one step better again.”