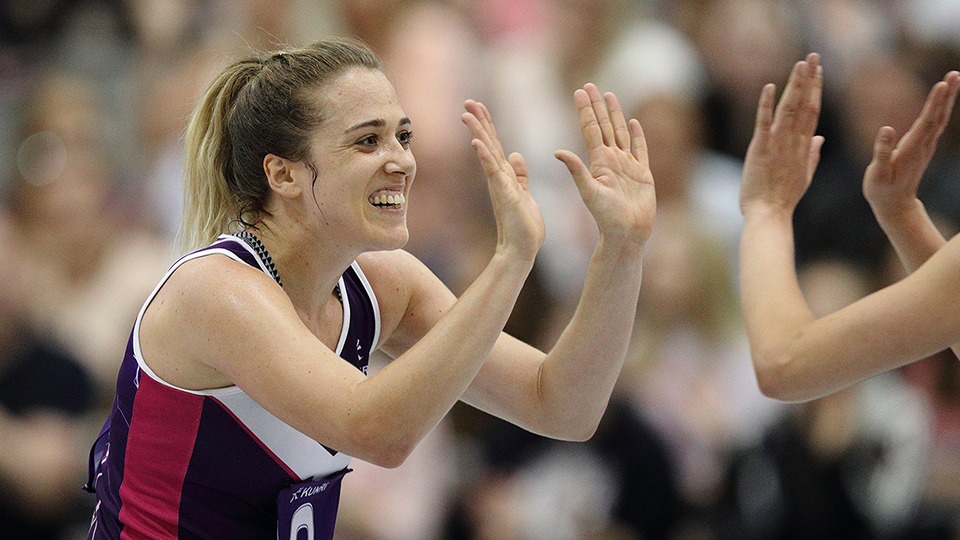 Loughborough Lightning Netball are excited to reveal that captain fantastic Nat Panagarry will return to the side for the upcoming 2019 Vitality Netball Superleague season.

As the first name to be announced in the 2019 line-up, Panagarry was pivotal in ensuring Lightning topped the Superleague table at the end of the regular season in 2017, took the side to a second Grand Final in 2018 and will be hoping it’s third time lucky and that the Loughborough University franchise can lift the series crown in 2019.

After a series of departures from the side, including fan favourite Peace Proscovia, Panagarry, who has lead the side for the past two years, will return to Loughborough for her fourth season in purple, fresh off the back of an autumn tour with the England Roses.

Currently in Australia competing in the Quad Series and then the Fast5 World Series, the 27 year old’s success at international level has no doubt stemmed from her development whilst at Loughborough and success in the domestic league. With the national side also based on campus, Nat has combined her role as captain for Lightning perfectly, bringing a wealth of knowledge, leadership and experience to the side.

Delighted to once again be back in purple, mid-courter Panagarry commented:

“I’m really excited to sign for Lightning for a fourth season. I feel like as a club we still have unfinished business within the league & that excites me.

“Lightning have an unbelievable set up for us as athletes and the club is always pushing to be better and grow. I think you can really see how far the team has come in the last two Superleague seasons. With Sara Bayman now taking the role as Head Coach, she’s going to bring a huge amount of experience and knowledge to the club. Plus, combining with Assistant Coach Liv Murphy, I can’t wait to see their dynamic together.

“I know having three fantastic players leave to Suncorp feels like a huge loss, but I’m so excited for the girls and it is credit to their hard work and the club’s for being able to push these players into the Australian League. Now we look forward to the 2019 season and the new faces that it brings. I cannot wait to see the Lightning fans in the New Year and get the season under way.”

Incoming Lightning Head Coach Sara Bayman was keen to share her first signing for the team, the first of a number of announcements over the next three weeks:

“It's fantastic to secure the return of Nat to Loughborough Lightning. As a driving force in the mid court and as a leader, Nat brings experience and passion to the team. I can't wait to start working with her and build this group around a fantastic core.”

Lightning’s new look team will have their first outing at the British Fast5 All-Stars competition in October, where they will look to defend the title they won 12 months ago.

This announcement comes as the first of many - keep your eyes peeled next week to find out who will be joining Nat in 2019.