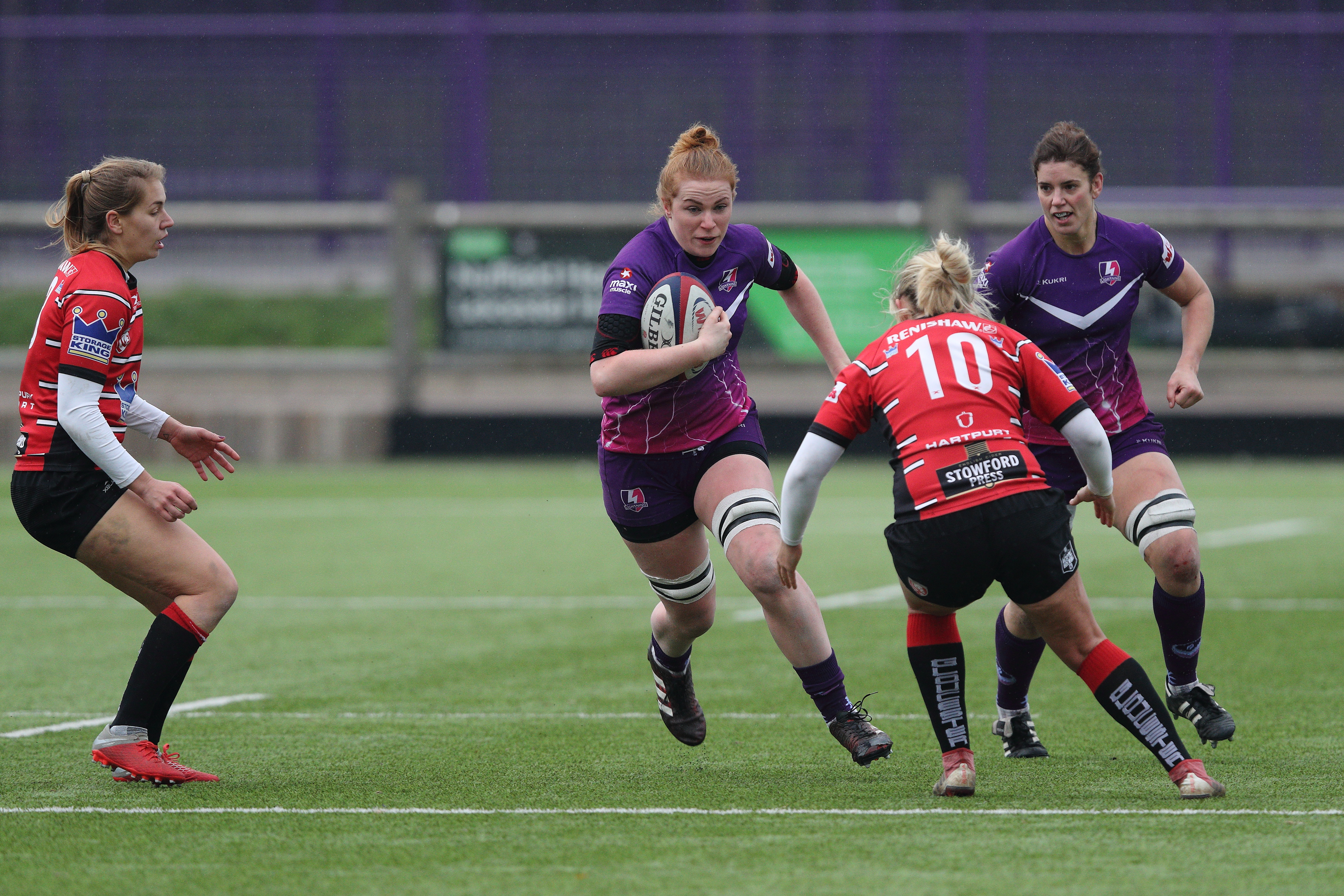 Loughborough Lightning look to build on their strong start to the Tyrrell’s Premier 15s season this weekend as they head west to face Gloucester Hartpury in the fourth round of the competition.

‌After the dramatic clash between the two sides back in March, Lightning will be looking to turn the tables on Gloucester Hartpury who scuppered their chances of a place in the final four in the final game of the season.

With many players stepping up their game and pushing for starting positions in squad, competition for places is extremely healthy within the Lightning squad. One of those players making an impact on the pitch is Emily Tuttosi, who steps into the starting line up next to her fellow Canadian Dalaeka Menin after some impressive performances off the bench. The duo, who moved to Loughborough after graduating from The University of Calgary in the summer, will link up with England prop Justine Lucas to form a formidable front row for Lightning.

Of the squad’s progress so far this season Head Coach Rhys Edwards said:

Going into round four it is great to say we are three from three, however we have put ourselves in a position where team are going to be coming for us and trying to stop our winning run. It is important that we focus on our processes and make sure we keep control of the game and play in the right areas. Gloucester-Hartpury are a team that can play exciting rugby and throw the ball around so it’s important that we don’t give them the opportunity to do that.

With our pack going well, gaining us real go forward, it’s a chance to play in the right areas and then then allow the backs to capitalised on the space that they provide.

I’m really pleased with how we have performed so far; but every week is going to be a bigger challenge to keep that momentum going.