Clark and Joseph extend their run in purple 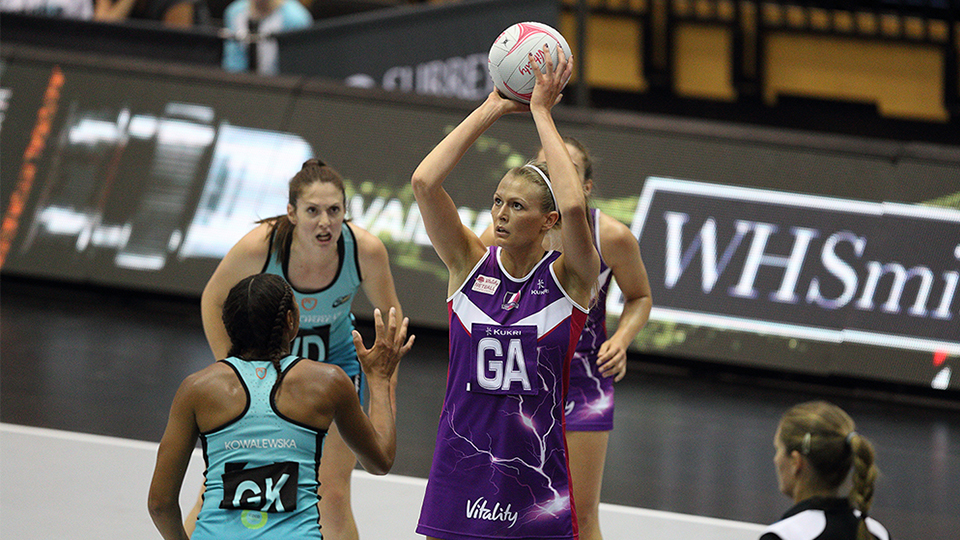 England internationals Ella Clark and Hannah Joseph have put pen to paper to extend their stay at Loughborough Lightning Netball, joining captain Nat Panagarry on the Lightning roster for 2019.

A Loughborough University social psychology graduate, this will be Joseph’s seventh year in purple, the wing attack a vital cog in the Lightning machine that has reached the Superleague Grand Final the last two seasons. Often the unsung hero, the 24 year old was awarded player of the match on two occasions last season and has three England caps to her name.

Of extending her stay in the East Midlands, Hannah said:‌

“I’m really excited to be continuing my netball with Lighting next season. I’m personally really excited to have Sara as a new coach. She’s one of the best mid courters out there and I can’t wait to learn from her. Along with Sara there are a few new faces in the squad and I can’t wait to get out on court with them and really challenge for a top spot in this league.”

Ella Clark enters her third season as part of the Lightning setup, the England international a key part of the squad over the last two seasons. Having made her Lightning debut in April 2017, Clark opted to swap basketball for netball on a full-time basis, having been a dual international until that point.

Having missed out on a place in the victorious England Roses Commonwealth Games squad due to her comeback from a serious knee injury, Clark will be keen to establish herself as the best goal attack in the country, with the 2019 Netball World Cup in Liverpool now just a year away.

Of her ambitions over the next 12 months Clark said:

“I’m really looking forward to being back at Lightning. It’s a great opportunity to work with great coaches like Liv and Sara and build on last year with the likes of Nat and Hannah, but I’m also excited to see what new combos we can bring.”

Head Coach Sara Bayman is delighted to have both Clark and Joseph returning to the side, stating their involvement as pivotal to Lightning’s recent success:

“Ella and Hannah have been an integral part of Loughborough’s success in the past two seasons. The understanding they have of each other’s game makes them a potent attacking combination in this league. Ella brings a cool head and consistent accuracy in the circle and her international experience will prepare her well for leading the attacking line. The speed and power of Hannah ensures that we will have a fast, dynamic attacking style and her game continues to grow as she becomes a senior player for Lightning.”

Clark will soon be flying out to Australia to join teammate Nat Panagarry and the England Roses ahead of the International Fast 5 World Series, in which England aim to defend their title win from 2017.

With more announcements to be made across the coming weeks, make sure you keep your eyes peeled for news on who will join our trio and when you can catch them in action.