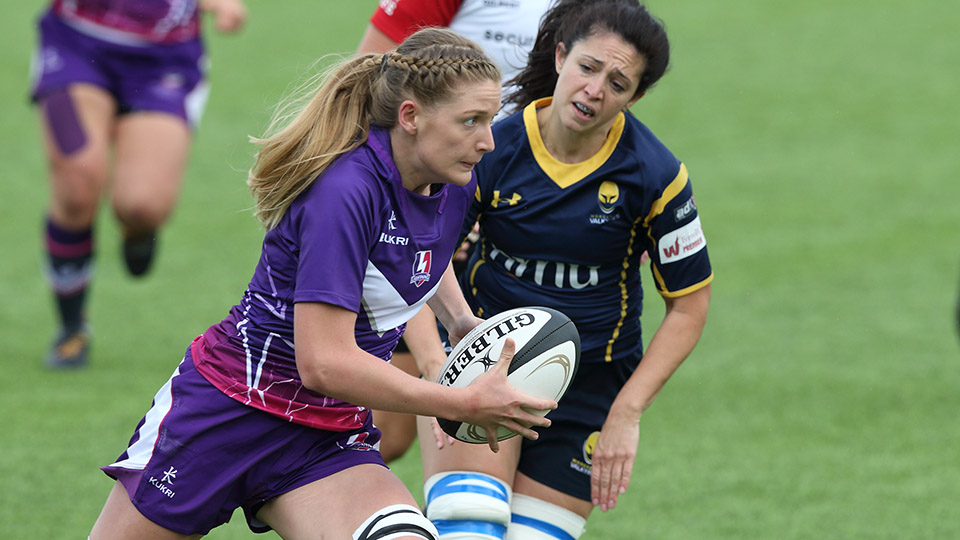 After a shaky start last week against Firwood Waterloo, Lightning will look to start strongly against visiting side Worcester Valkyries as they welcome them to Loughborough University this Saturday.

The game kicks off at 12pm, and forms part of a double header with the Loughborough Students RFC, who play Birmingham Mosely RFC in the National 1 Division at 3pm.

With lots of takeaways from last week’s game against Firwood Waterloo Lightning will look to be clinical in both defence and attack for the full 80 minutes. Lightning will need to not be complacent, making sure that they do the basics well, as Worcester will look to attack from all over the pitch and apply the pressure from the start.

This week sees a few changes to the Lightning line-up with a host of the newly announced England U20 squad appearing in the team sheet. Of those named, Amelia Harper, Ella Wywras and Anya Richmond all step up into the starting line-up as Lightning look to take another win against bottom of the table Worcester Valkyries.

Going into round eight of the Tyrrells premier 15s it’s going to be another challenge of trying to maintain our standards. We had a big tough first half against Waterloo last week and a couple of mistakes from us allowed them to score two good tries, so it is important that we take control of the game a lot earlier this week and dictate where the game goes. Like any team if we give Worcester the opportunity to attack they will come as us hard and have ability to score tries. They have some very dangerous players in Lydia Thompson and great leader in Lark Davies so the challenges are the same. There are a couple of changes to the team this week and it is an opportunity for players to get game time and show what they can do on the pitch before the Saracen’s game in three weeks’ time.

Lightning will kick-off the double header at 12.00pm, followed by the Loughborough Students RFC at 3pm.  If you can’t make the game make sure you tune into the Lightning Twitter account for live updates.