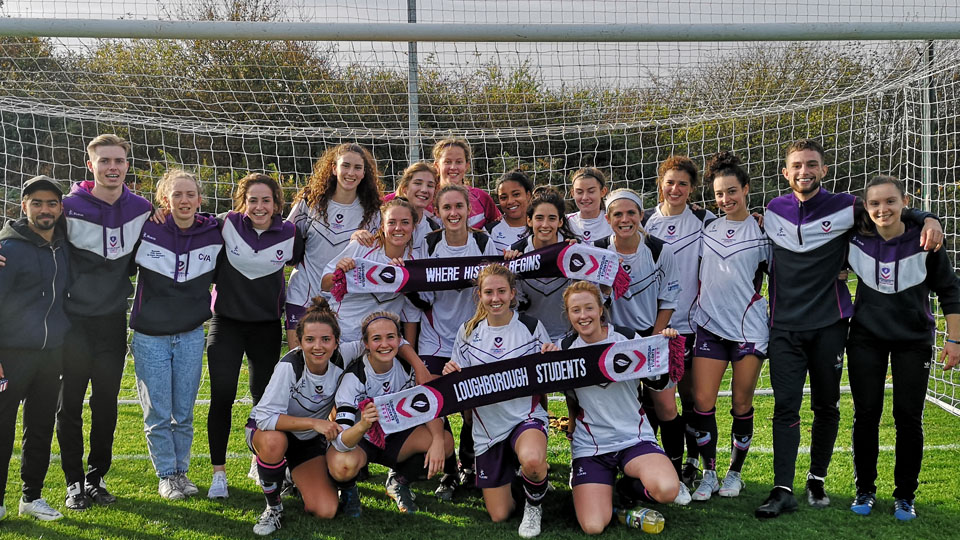 Loughborough hosted BUCS rivals Durham in the annual D-day contest on Wednesday afternoon, a tie that ended in stalemate, both sides winning six fixtures each.

Students, staff and members of the local community came out to show their support across the Loughborough campus on a surprisingly warm autumnal day.

First to fight the palatinate for the opening victory of the day were the men’s and women’s badminton teams, Jess Hopton destroying her opposition, outplaying her rivals with her strength and power, notwithstanding breaking a racket in the middle of proceedings. She set the tone as the women got the better of their rivals, the men following suit to ensure the club took a 6-2 win.

“It was a tough match for the girls this year against a strong Durham side, but with a great turnout from the club supporting us we managed to pull out some great performances and get the win.”

“Both teams set an example as to why Loughborough walks on water! I’m so proud of the club and the players who gave spectators a masterclass on how exceptional we are as a club, removing any inkling that Durham is a threat to us this year!!”

On the piste a heroic performance in men’s fencing saw Loughborough pip Durham 127-126, however the women fell 115-135.

“Very well done to everyone today. Our player of the match was undoubtedly Zach Hamilton for getting a +8 indicator on sabre. We’re looking forward to playing University of Edinburgh next Wednesday now where we hope to keep it up!”

Unfortunately, both men’s and women’s lacrosse fell short against the palatinate. A difficult result was also witnessed at the pool where men’s waterpolo lost 28-8 to leave the overall D-day result hanging in the balance.

Over on Holywell pitches the African Violet had other ideas though, a momentous afternoon seeing women’s football get the better of their rivals for the first time in over four years. Despite being on the backfoot as the half-time whistle blew they showed incredible character and some spectacular plays, including a stunning strike by Grace Stanley to ensure Loughborough took the win.

Alice Hassall was elated with the win saying:

“We’re ecstatic - it’s unbelievable the way we came back from behind. The courage that we showed especially after last week when we let the win slip between our fingers. We just didn’t want it to happen again. We’re just so over the moon, all the girls are just so excited.”

The men’s side replicated this feat, also coming back from behind to win 4-2. This was made even more impressive as this week the football staff took a step back from their duties to allow the team to step up and lead the whole match day process.

“It was a great day for Loughborough football all-round, especially the women’s performance, to overcome league favourites Durham is huge. For us, it’s great to win two matches in two days and we’re looking forward to facing Stirling next week.”

It was a tough fight for men’s volleyball who were self-confessed underdogs in the battle. Unfortunately, luck wasn’t in Loughborough’s favour as they conceded all three sets.

“Durham are sitting at the top of the table within our league and look to be the favourites to win it. We put up a good fight with the second set losing just by two points but they were just too strong.”

In the penultimate round of fixtures Loughborough were in a 5-5 deadlock with Durham. The final two fixtures took place on basketball court, with the women in action first followed by the men. It was a difficult start, as despite a valiant effort the women couldn’t put another point on the board, so it all came to the men’s side who were under pressure to claw back the draw.

Loughborough fought hard and pushed Durham to the final whistle where Alex Roberts kept his composure to sink a three-pointer on the buzzer to seal a 66-64 win, tying up the D-day score line at 6-6.

All in all, the contest was played in fantastic spirit by all athletes. A score drawn this time around will only add to Loughborough’s desire to take victory when they take the road to Durham in the new year.