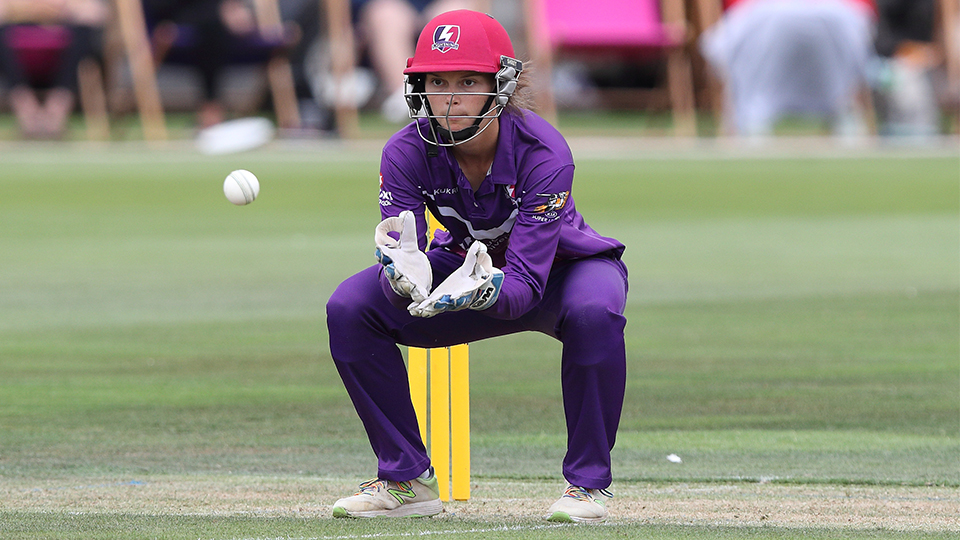 Loughborough Lightning have been well represented this WT20 with seven players across three international sides; England, Australia and New Zealand.

Unfortunately, the New Zealander’s side didn’t make it beyond the group stages, but England and Australia both came second in their groups and faced the top placed team in the opposing table; India and West Indies respectively.

Elyse Villani and Rachael Haynes were first in action in their bid to make their fifth consecutive final versus the tournament hosts West Indies.

The Australian side gave West Indies a 71-run romping setting a challenging total of 142/5 from their allotted overs. Lightning’s Rachael Haynes contributed with a 166.66 strike rate scoring 25 off just 15 balls remaining not out.

Eagerly anticipating who they would face next, the clash between England and India was a tie entrenched with history that could have gone either way.

For the first time this tournament, England truly looked to be tournament contenders retaliating to their last match defeat and dismal fielding. Bowling first, Kirstie Gordon added a crucial wicket to her overseas account removing the destructive in-form threat of Harmanpreet Kaur for just 16 runs. A game changing wicket for the current Loughborough student. Her second wicket came shortly after with Amy Jones catching Veda Krishnamurthy for 2 runs.

Jones was also in the action with the stumping closing the India innings with three balls to spare and an attackable target of 112.

Requiring just 5.74 an over, the match was in England’s hands to lose. With the fall of England openers Danielle Wyatt and Tammy Beaumont Lightning’s Amy Jones played a clinical innings striking the ball at a rate of 120.45 finishing 53 not out. Jones was joined by Loughborough alumna Natalie Sciver who matched Jones effort with 52 not out.

The WT20 final now see’s a battle between Lightning home nationals versus the overseas double of Villani and Haynes which promises to be thrilling.

Make sure you catch the final this Saturday at 12pm UK time to see who will have bragging rights next season.