Lightning on the up in the Netball Superleague 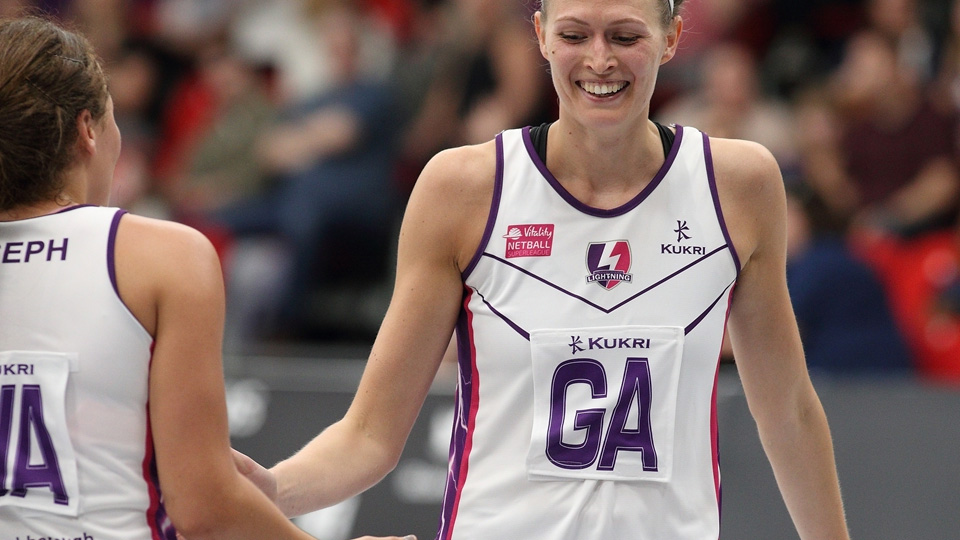 Loughborough Lightning continued their upward trajectory as they got the better of Scottish side UWS Sirens in Glasgow on Friday night.

In their second of two long distance away trips in the space of five days, Lightning showed no sign of fatigue as they ran out 62-45 winners to continue their rise up the Vitality Netball Superleague standings.

Having made the journey north of the border, Anna Carter named an unchanged team from their convincing 66-38 victory over Celtic Dragons on Monday, and donning their white away dresses they looked lively from the off, racing into a 15-08 lead by the end of the first quarter.

In truth it was a cagey opening 15 minutes, with almost two minutes on the clock before Peace Proscovia put Lightning in front, Sirens quickly equalising; this turned out to be a pattern that would repeat itself on four occasions before the Loughborough University side finally took control.

In the second quarter Lightning picked up where they left off, Proscovia and Ella Clark extended the lead with flawless shooting. At wing attack Hannah Joseph was proving to be a key player, her energy and impressive long range passes providing opportunity after opportunity for her teammates further up the court. At the opposite end Sirens also had their work cut out, with Vicki Oyesola’s athleticism and Shamera Sterling’s interceptions leaving them feeding off scraps.

Mid-court trio Beth Cobden, Nat Panagarry and Hannah Joseph were solid as a rock all night, the England internationals linking up flawlessly to move the ball from defence to attack; without it they kept the pressure firmly on the ladies in black.

Early in the third quarter Head Coach Anna Carter made a brace of changes, Lauren Steadman and Brittany Coleman coming on to replace Beth Cobden and Peace Proscovia, the latter ending the game having scored 32 of 36 attempts at goal.

Rebekah Airey was next to take to court, replacing Sterling at goal keeper, but despite three changes Lightning remained in the ascendency even as the game started to become more and more physical and Sirens received a couple of cautions.

In a bid to freshen things up and reduce the error count Rosie Harris came on to replace Panagarry at centre, whilst her fellow youngster Coleman had really started to find her rhythm, a couple of long range efforts getting her teammates fired up. By the end of the quarter Lightning led 51-28 and there was no way back for the hosts.

The final change came at the start of the fourth, Anya Wood replacing Loughborough University student Vicky Oyesola meaning the full Lightning squad got at least a quarter of action, showing the strength in depth the coaching team have at their disposal.

Sirens showed true Scottish grit in the final quarter to reduce the deficit, but ultimately Lightning were very good value for their win, that strengthens their grip on second place in the Superleague table.

I’m really happy to get all the squad on as in the first quarter it took us a little while to find our form, but in the second we were really quite clinical. You’re always a bit on edge when you make so many changes within a quarter but these girls know each other really well and it was nice to see what those different combinations could do.

I thought Hannah Joseph was excellent tonight, in fact outstanding from start to finish. She played against some quite physical wing defences and still managed to keep her composure and do her job.

Next up, Loughborough make the short trip to take on local rivals Wasps at the Ricoh Arena on Saturday 26 May. Tickets for Lightning’s final home fixture of the season on Saturday 2 June are on sale now: www.loughboroughlightning.com