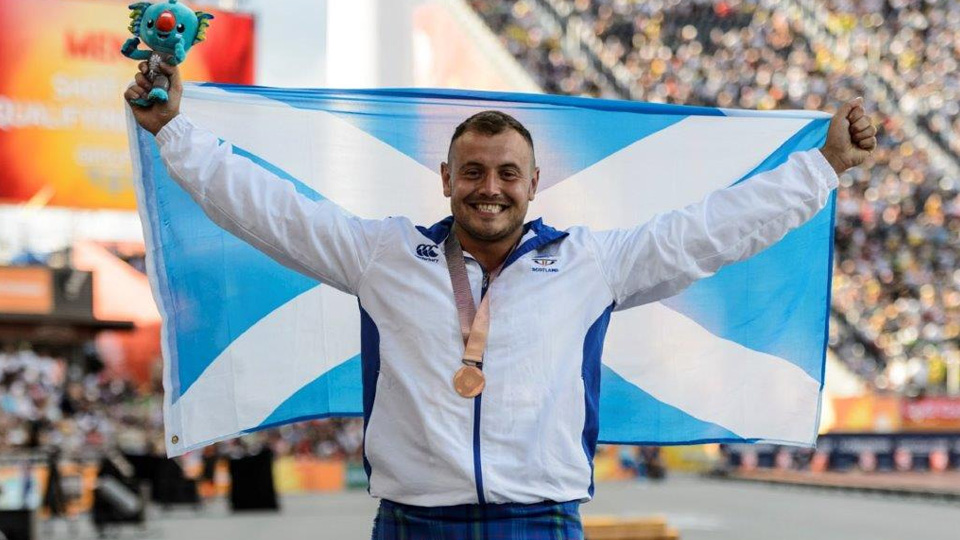 With just 10 days to go until the 2018 edition of the Loughborough International Athletics match, a quintet of international stars have been confirmed as the first major names who’ll compete on Sunday 20 May.

Fresh off the back of winning a brilliant bronze at the Commonwealth Games on Australia’s Gold Coast, Mark Dry will line-up in the men’s hammer. Dry will have home advantage, given he trains at Loughborough University’s Paula Radcliffe Stadium on a daily basis, and will hope to follow up his performance down under with a victory on home turf.

Another star who’ll be in action is Ireland’s Thomas Barr, the 25 year old 400m hurdler having finished fourth at the Olympic Games in Rio two years ago. Breaking the Irish record in the final with a classy 47.97 run, Barr will be hoping to get his 2018 season off to the perfect start ahead of an assault on a European Championship medal in Berlin in August.

Loughborough University alumna Emily Diamond will also be in action, the Olympic 4x400m bronze medallist contesting the 200m, where she’ll face off against her GB relay teammate Laviai Nielsen. Diamond has produced the fastest time by a British athlete over the outdoor 400m this year, only missing out on a place in the Commonwealth Games final by a fraction of a second, so is clearly in good form.

Of how the fields are coming together Loughborough International Meet Director Nick Dakin commented:

This is always a very busy but exciting time of year as the fields for our historic meet start to take shape, with people finalising their competition schedules ahead of an action packed summer. With the international teams for England, Scotland, Wales and GB Juniors still to be confirmed, we’re delighted to confirm the four aforementioned athletes will be joining us in Loughborough. All being well we’ll be able to unveil further international medallists in the next few days, so watch this space.