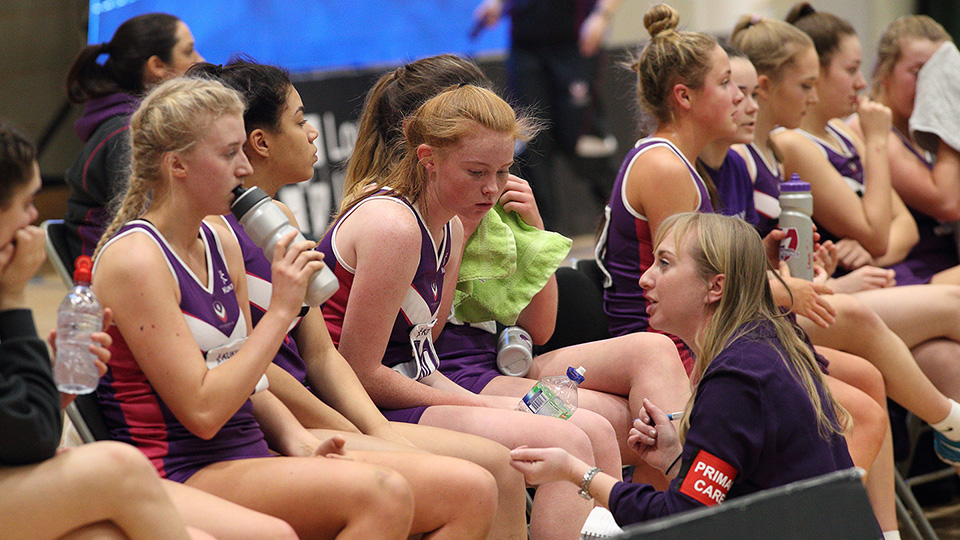 Loughborough Lightning Netball are pleased to announce the permanent appointment of Sam Griffin as their Under 19s Academy Head Coach.

Having coached within the Lightning academy for the past five years, Sam has already enjoyed a fruitful career with Lightning’s future stars. After an extremely successful year heading up the Under 17s Sam stepped up to the Under 19 role at the beginning of the 2017/18 season.

Combining her role with a teaching position at Loughborough High School Sam will continue to lead the side, made up of the top netballers in the East Midlands region. This year the U19s finished in a strong mid table position despite Griffins side being made up of a very young group of girls. Sam is heavily involved with netball in Loughborough and recently coached Charnwood-Rutland Netball Club to a third place finish at the national club competition with the U16 team. This is the highest achievement ever for an East Midlands Club. In addition, Sam coached the senior first team to promotion into the National Premier league.

On confirmation of Sam’s appointment, Pathway Head Coach Emily Perry had nothing but praise for the local coach;

‘I am delighted we have been able to re-appoint Sam in the U19 Head Coach role. Sam is an extremely passionate and committed coach who has developed many young athletes. Sam’s wealth of experience will really benefit our U19 pathway athletes and she has become a key member of our coaching team.’

Sam was also eager to share her delight in extending her time with the franchise;

‘I am really excited to be working with Loughborough Lightning for another year. I am looking forward to continue working with the young talent we have coming through the programme along with the team of coaches. I am proud to be part of my home franchise and look forward to the season ahead.’

Both Emily and Sam will be coaching their U21 and U19 teams respectively in the NPL (National Performance League) tournament held on the 26-29th July at Nottingham University. This competition sees the most talented athletes in the country competing to be titled NPL champions. Lightning will also be competing in the NPL competition at the same time.

Keep up to date on all the latest news from our youth sides by following @Lightning_acad on Twitter.