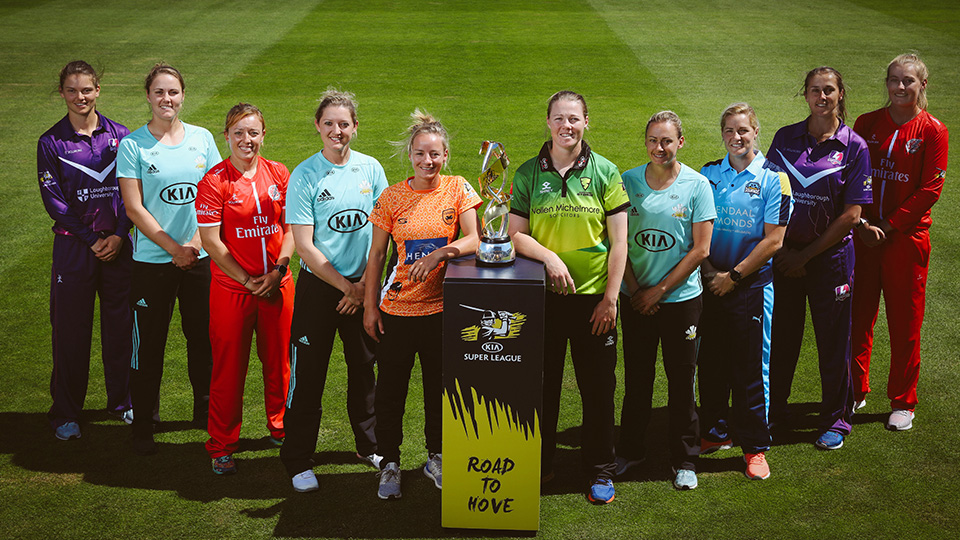 After a promising debut campaign when the KSL was launched in 2016, reaching Finals Day in Chelmsford, Loughborough Lightning slipped to fourth in last year’s table, with two wins and three losses in their five matches.

This year the competition has been expanded, with each of the six teams playing the five others at home and away – before the top three battle it out in Finals Day at the 1st Central County Ground at Hove on Bank Holiday Monday, August 27.

Elwiss has been an ever-present in the Lightning set-up and the 27-year-old Loughborough University graduate, who captains the side, said:

We had a couple of disappointments last year and we are looking to put that right. We started the competition well but this year we know it’s a marathon not a sprint. I think we have a very strong squad of 15, which will be important with more games this year.

We need more consistency, and we are looking forward to our younger players stepping up. Everyone will know their role by the time the Super League comes up. Its important that we utilize every person in that 15 rather than rely on the star performers like we have in the past.

Lightning begin with a trip to the seaside to face Lancashire Thunder in Southport on Sunday July 22, and play two more away games before returning to Loughborough to face Yorkshire Diamonds on July 31.

They also host Surrey Stars (August 2) and Southern Vipers (August 4) on the University campus before a return match at Surrey at Guildford on August 9.

Lancashire are the last team to visit Loughborough this summer on August 11, because Lightning complete their home campaign by breaking new ground at Edgbaston, where they face the 2017 champions, Western Storm, in one of the double-headers that will be televised by Sky this summer.

I don’t think we have ever beaten Southern Vipers, so those are games we’ll be looking forward to. But to be honest, I think all of the teams are going to be strong and I don’t think we can underestimate any of them because the competition is a bit longer this year. So we will definitely be taking game by game rather than focusing on a specific team.

All the staff and players are working really hard at making sure we are ready for when the season starts. We’ve put a real focus on the KSL in our training this winter and hopefully this puts us in a position to be competitive in the Super League. The squad of players we have is exciting and I’m looking forward to seeing the girls express themselves out on the pitch. With us having 10 games this year it gives us a great chance to build some momentum through the tournament and with four games at Loughborough we want to make it a hard place for opposition to come and play.

Tickets to those home games, which will take place at the Haslegrave Ground, are available now.