Dobbin writes her name into the history books 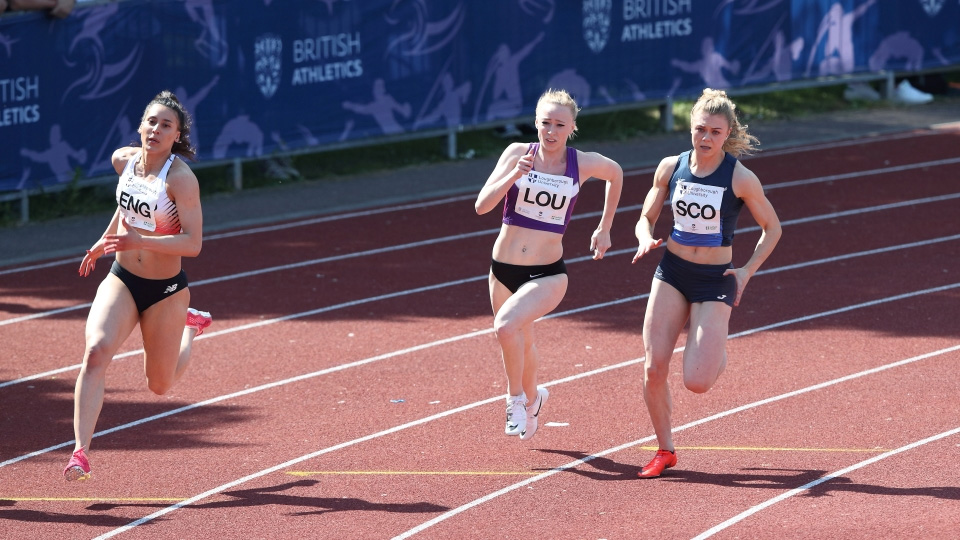 For Beth Dobbin, and Scottish Athletics for that matter, Saturday 2nd June will go down in history.

For Beth Dobbin, and Scottish Athletics for that matter, Saturday 2nd June will go down in history. For 34 years no one has got close to the Scottish 200m record, but on a sunny afternoon in Eton the Loughborough athlete wrote her name into the record books.

Having stormed to victory at the Loughborough International just two weeks prior, Dobbin backed it up with a flawless race, finishing like a train to stop the clock at 22.84, taking over a tenth of a second off the long standing previous mark.

It was surreal. UK Women’s League meetings don’t have much of an atmosphere and they are just very low key. That being said I had Shannon Hylton in my race and when I’m racing big names like that I know I can’t mess up and so I just wanted to execute a perfect race. I can’t really remember whether it was perfect or not but it can’t have been that bad!

When I finished and walked over to where I could see the clock there was nothing on it, but then my team manager shouted 22.86 and I just started screaming and crying and I was just hysterical. I didn’t fully believe it until the official results came out and it was actually two hundredths quicker – it was a special day.

So, when did bettering that record first become even a possibility? The Loughborough University alumna cites the LIA as the turning point.

I went into the Loughborough International wanting to win it – there were some really quick girls running in that race but I thought it would be good if I would win the match race for Scotland. But I was so shocked running that time and it just did wonders for my confidence and I then believed I could go under 23 seconds.

What’s more, that run in Loughborough was inside the European Championship qualifying mark and so suddenly a trip to Berlin in August is something that’s a realistic target.

However I’d like to lower the record even further now. I don’t believe I’m in my quickest form as it’s only the end of May and the way our programme works we should be running our quickest at the end of June and into July, so I think I could lower it further.

But the big question is how has all of this come to fruition? Well it’s keen six years in the making, a long, slow journey since arriving in the East Midlands.

I’ve been at Loughborough University for six years now, moving here to study when I was 18. It’s been a bit up and down but I’ve progressed ever year and I can’t thank my coach, Leon Baptiste, enough as he’s always believed in me.

Last year I started a full-time graduate job, working in a primary school with children with autism, but it just didn’t work with my athletics at all as I was having to take a lot of time off work for competitions. I would leave the house at 7am, go straight to the track after work and not get home until 9pm. I’d then have to cook my meals for the next day, eat and sleep, so it was just hectic and really draining.

This year I’ve made some changes and I have a few different jobs now but it’s much more manageable. I still go into primary schools and I work at some of the Loughborough Sport facilities and on the security gate as you come onto campus, but they’re all really, really flexible and very supportive of my athletics.

I love Loughborough – I met my coach here and you’ve got everything you need on your doorstep – it’s just the place to be.