Loughborough Lightning secured their place in the 2018 Grand Final for the second year in a row on Saturday night after an impressive encounter with Manchester Thunder, claiming a 59-50 victory over the visiting side. The win came as Lightning’s 12th in a row, having not lost a single match since the Commonwealth break.

In front of an electric atmosphere and a fiery crowd, Lightning stepped out on court with a huge 60 minutes ahead of them. Claiming the first centre pass they were the first to add points to the board and the first to take the lead, pushing on to lead by three within a matter of minutes. Despite the notorious Thunder drum, the players maintained focus, looking for an opening in the circle and errors in the oppositions play. Holding on to their lead for most of the match, a last minute surge from Thunder closed the gap to one as the whistle sounded.

Just one point between the sides, meant a ferocious start to the second quarter. Cobden was first to rattle the opposition, flying in to snatch the ball from their possession. Continuing to apply the pressure, Thunder were penalised for not releasing the ball quickly enough, giving Lightning the opportunity to convert. Despite the increased physicality, Lightning maintained their three point lead for much of the second quarter, boosted by an increasingly loud home crowd.

With just 30 minutes standing in the way of a place in the Grand Final, fans were eager to see if Lightning’s famous third quarter play would seal the deal. Sterling opened the half with a flighty interception shortly before Cobden thundered past her opponent to stop play once again. Appropriately nicknamed ‘The Silent Assassin’ cool, calm and collected Clark continued to sink shot after shot, seemingly unaware of her opponent’s frustrated attempts at blocking the shot. Leading by eight points with just five minutes left in the quarter, Thunder powered through to close the gap to five but still left the home side ahead with just 15 minutes to go.

Thanks to the dynamic, defensive duo of Sterling and Oyesola the final quarter saw stoppage in play time and time again as their presence in Thunder’s circle continued to wreak havoc. Teaming up with the duo, skipper Nat Panagarry became a formidable force on both ends of the court, her incredible work rate keeping the ball safe travelling down to the attack and her gutsy interceptions on the oppositions circle edge left Lightning with eight minutes on the clock and an eight point lead. When the clock finally ticked down to 30 seconds remaining, a unanimous roar from the crowd echoed round the arena before the final whistle confirmed Lightning’s place in the Grand Final.

Keeping a 96% shooting accuracy Peace Proscovia was rightfully named Player of the Match, on her team’s success she commented;

“I’m very proud of our performance tonight. It’s been a long journey which we’ve taken one step at a time and finally we’ve made it. I have a strong belief in our players, everyone came in strong, did their best and that’s what made us win. I just needed to help them by nailing my shots.”

“I’m just so proud of the girls, we needed to take an early lead and managed to maintain that, the girls stuck to the game plan and it paid off. There were times where we were put under pressure and we needed to react quickly to it but the girls stuck at it and I couldn’t be happier. The shooters for me were outstanding tonight, particularly Peace. To maintain a 96% shot rate in a game of such importance is incredible. We now have a lot of hard work to do this week, I think if we can keep pushing Wasps and put in a good performance we might just take the lead and win the match and that would be the dream.”

Lightning will face last year’s champions Wasps in what’s set to be a fiery encounter as they make a bid to defend their title. Having lost out to the same team in the final of the 2017 season, Lightning are now looking to go one step further and lift the trophy next week.

The Grand Final will take place at 5pm on Saturday 7th July at London’s Copper Box Arena. Tickets are on sale now and can be purchased from www.englandnetball.co.uk.

For all Lightning fans, a fan bus will be running from Loughborough University at just £25 a seat. Please check social media for details on where to purchase. 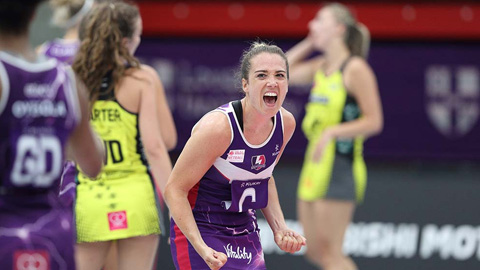 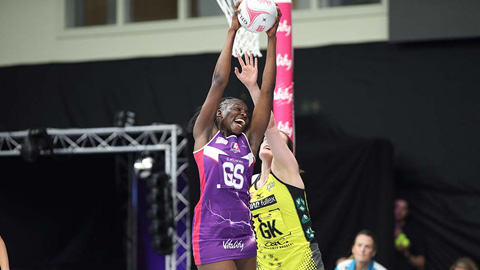