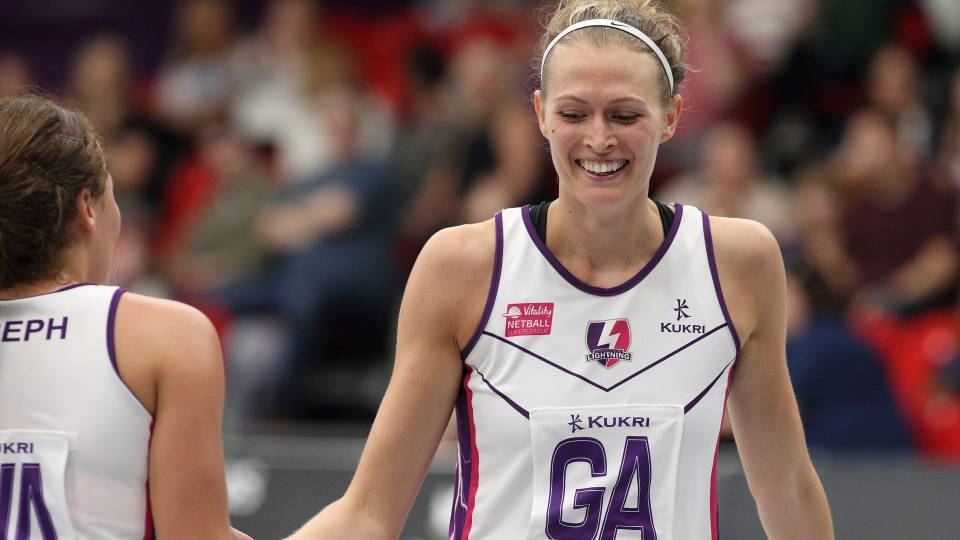 Taking place in Melbourne in October, the England Roses will be looking to defend their title at the Fast5 World Netball Series after defeating Jamaica 34-29 last year to be crowned champions.

The Roses will first travel to Jamaica to face Commonwealth Games bronze medallists The Sunshine Girls in a three-match test series. Having recently moved into a #2 world ranking after claiming gold in the last minute of the Commonwealth Games final, the Roses will be looking to prove their dominance in world netball against a classy and up and coming side, which includes 2017 Lightning defender Shamera Sterling.

Having missed out on most of England’s play last year due to injury, Clark is eager to don the red dress and prove her place in the national side. Of her selection she said:

“It’s always an honour to represent your country and after missing out on the Commonwealth Games I can’t wait to get back out on court with my international teammates. The two competitions will pose very different challenges but I hope to contribute in both formats.”

Clark and Panagarry have three and six England caps respectively and will hope to stake a claim for a place in the England Squad for the impending World Cup which takes place in Liverpool in July 2019.

The team will be in action on the following dates (placing matches tbc) – all times are BST.