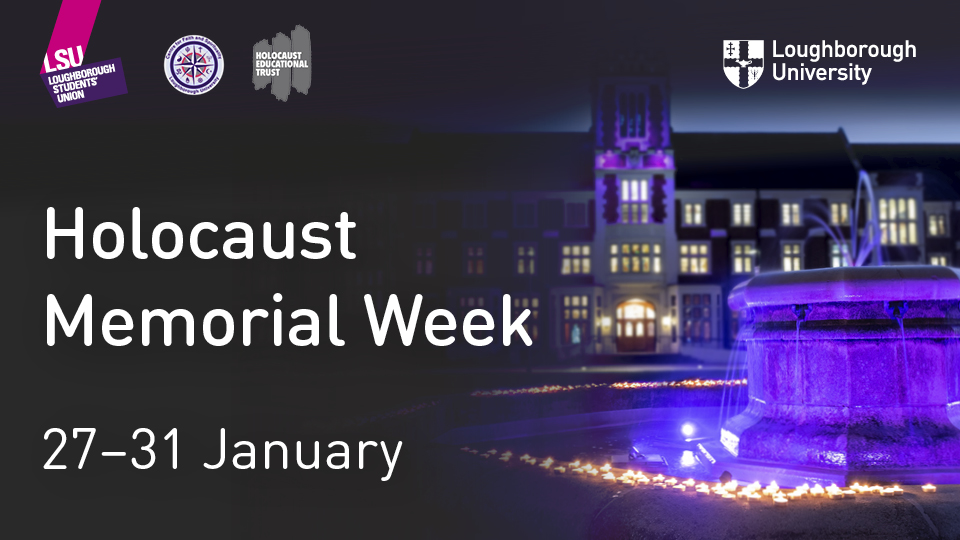 Loughborough University will be holding a week of events to mark Holocaust Memorial Day (27 January).

The day is recognised across the world to remember the six million Jews that were murdered during the Holocaust, as well as the millions of other people killed from 1933-1945 under the Nazi persecution and in genocides across the world since.

From 27-31 January, there will be a variety of educational lectures, workshops, testimonies, memorial services and day trips available to attend. All of the events are free of charge and are open to staff, students and members of the community.

The full programme is as follows:

Those who are interested in attending any of the sessions are strongly advised to book their place in advance using the links above, as places are limited.

The programme has been organised by Alejandro Argüelles Bullón, a second-year Sport and Exercise Psychology student at the University and regional ambassador for the Holocaust Educational Trust.

Talking about the week of events, Alejandro said: “During this week, we shall commemorate the 75th anniversary of the liberation of Auschwitz-Birkenau by the Soviet Forces.

“In the turbulent times that we encounter today, with incidents of division, hatred, racism and antisemitism increasing, we must remember the lessons from the Holocaust to understand where prejudice and hatred can lead to if unattended.

“After I visited Auschwitz-Birkenau in 2018 and after speaking to many Holocaust survivors that have shared their testimonies with me, I am more passionate and driven than ever before to teach and educate about this dark period of history.

“As George Santayana said, ‘Those who cannot remember the past are condemned to repeat it’. Let us all come together to learn and remind ourselves of the power of hatred and take something away with us from the week’s events programme.”

The Institute of Advanced Studies and international funding opportunities