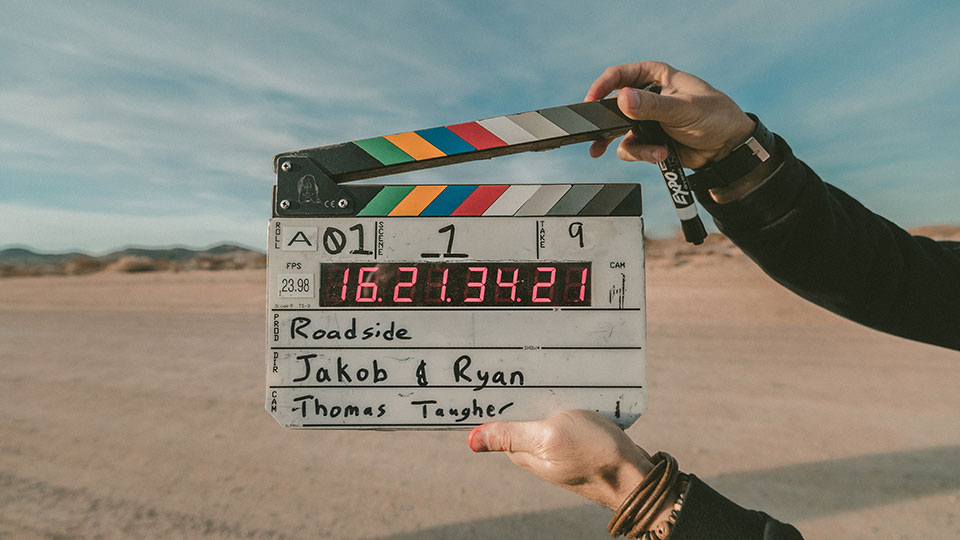 LU Arts is pleased to unveil the winners of its first short film competition prior to a premiere of the successful entries later today.

Created as part of the Creative Media Weekend – an online event which took place from 16-17 May – budding filmmakers were able to watch and take part in workshops in film making and photography before creating their own short film to enter into the competition.

The brief was simple - to produce a documentary, short feature or animation no longer than five minutes that expressed imagination and creativity and made within the constraints imposed by lockdown at the time.

Three cash prizes of £250, £100 and £50 were up for grabs in addition to the films being showcased to the general public as part of Arts Week, a programme of creative events taking place from 22-29 June.

Fine Art student Amber Cannings was announced as the overall winner with Every Day is the Same but Different; a story of two girls from the beginning of the pandemic and how they grow to adapt to the ‘new normal’ through virtual relationships and lengthy times spent at home in Loughborough.

Judges commented that the film ‘was an excellent piece of documentary filmmaking, revealing an honest and real portrait of the protagonists’ lives and the relationships they maintained with each other and their friends’.

In second place was Laura Evans, producing high-quality videography that formed a narrative around Astrida Neimanis’ essay Hydrofeminism: Or, On Becoming a Body of Water’ (2012).

Bodies of Water explores humans’ connection with nature and touches on themes of connection and the mass consumption of digital devices, platforms and imagery experienced in today’s world.

The third prize went to Loughborough student and current multimedia scholarship winner Rennae Walker with 56 Black Men, reflecting and challenging the stigmas black men in Britain combat daily, with a hope for a land of higher ceilings and ferocious dreaming.

In addition, an honourable mention to Sri Hollerma was made with The Hollerma Bubble; a seductive and heartfelt piece of film offering a glimpse into life in lockdown for the Hollerma family.

Judge and Director LU Arts Nick Slater commented: “We received 28 films in total and were very impressed with the overall quality of the submissions. They represented a broad range of filmmaking styles and the content and the level of creativity involved made the judging extremely difficult.

“In the end, we went for the films that had left the biggest impression on us, the ones who had used the medium most effectively. Whilst the four films selected are very different, they manage to engage the viewer successfully through the quality of the content and the filmmaking.”

LU Arts is grateful to alumnus Alex Widdowson for his help in selecting the winning films.

Alex studied Fine Art at Loughborough University and animated documentary at the Royal College of Art. His graduate film screened at festivals around the world and received seven awards. He is currently developing a project on autism as part of his PhD at Queen Mary University of London, funded by the Wellcome Trust.