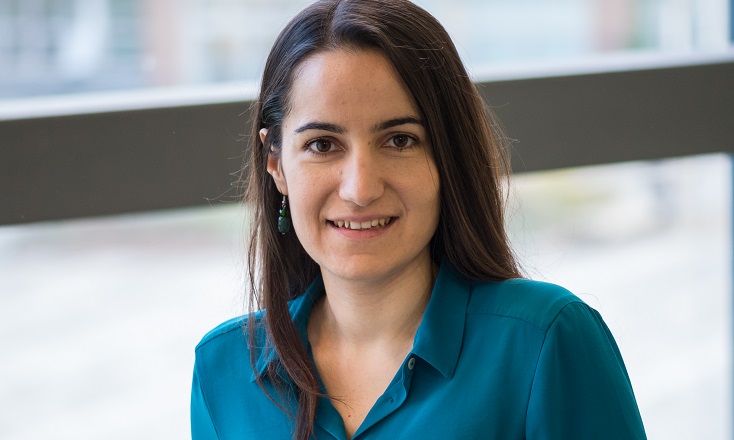 Following an announcement in 2016 that money given to UK sports will be reduced over four years, Dr Argyro Elisavet Manoli has assessed the current relationship between those organisations and their funding bodies – mainly UK Sport and Sport England – which distribute Government and National Lottery cash.

Dr Manoli, of Loughborough’s School of Sport, Exercise and Health Sciences, has also looked at the alternative funding options that were being explored as a response to the upcoming cuts and published her findings in a new paper in the International Journal of Sport Policy and Politics.

She interviewed representatives from 13 sporting organisations and asked about a reduction in, or in some cases complete removal of, cash.

They all admitted being concerned about their futures.

The handful of sports that benefit from large media-rights sale contracts – such as football, rugby union, rugby league, cricket, tennis, golf and cycling – were excluded from the study.

Dr Manoli said: “In comparison to the multi-billion clubs of the Premier League, these are organisations that find themselves outside the mainstream, headline-making national sporting consciousness and, coupled with the recent, relentless drive towards austerity by the Government, their plight with regards to financing has become more pressing.

“What this means for centrally funded sport NGBs is that in order to be able to cover core, project and infrastructure costs in their entirety, alternative revenue streams have to be explored, which, apart from being challenging, might, in fact, have a direct negative effect on future participation in sport – for example, charging membership fees.

“All of the interviewees underlined the importance of Government funding and expressed their concerns for a future without it.

“While friction might exist at times, Sport England funding is appreciated as their main support, without which their provision of sport might be at risk.”

There are 46 different sports represented by non-commercially driven national bodies including everything from lacrosse, mountaineering and wrestling to archery, angling and baseball.

The study found that funding from the Central Government is vital for both the short and the long-term future of these sports.

A number of alternative revenue streams are currently being explored by the national sporting bodies, including sponsorship, philanthropy and event hosting, but often with little success, said Dr Manoli.

As a result, the option to charge for member registration to athletes, coaches and officials is explored, a solution which could have a direct impact on future participation in the sports under study.

Dr Manoli said the quality and the quantity of sport provision will decline if the money stops.

She said: “Alternative revenue streams are explored by all NGBs interviewed, often with limited success.

“Even popular practices, such as sponsorship, seem to be less effective in the NGBs’ context, due to the limited popularity and exposure of some of these sports.

“While a number of alternatives are explored, the NGBs fear that charging membership fees may be their only viable option, which might have a direct impact on the participation in their sport in the future.”