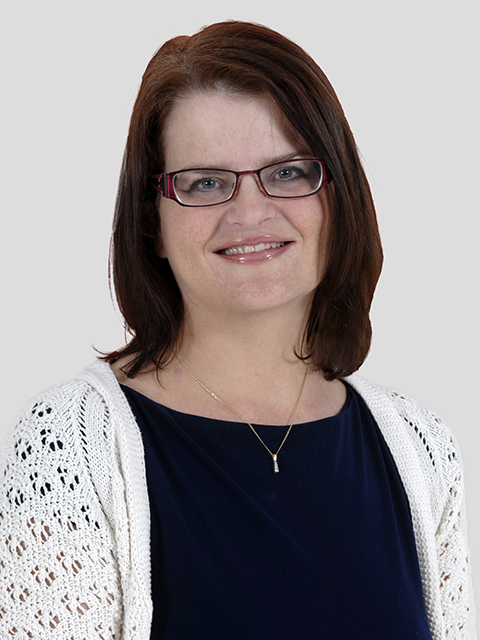 Dr Sara Read, FHEA FRHistS, is a specialist in early modern culture, literature, and medicine, with a specific focus on women’s reproductive health. She is a novelist who writes research based historical fiction.

She completed her PhD in 2010 here at Loughborough University under the supervision of Professor Elaine Hobby. This project was funded by both the Arts and Humanities Research Council (2 years) and Loughborough University (1 year). She has been teaching at the University since beginning her doctoral studies in 2006. In 2016, she graduated with a Post Graduate Certificate in Academic Practice (with distinction) and became a Fellow of the Higher Education Academy. In 2019 she was elected as a Fellow of the Royal Historical Society.

After being awarded her PhD, Sara was awarded a post-doctoral research fellowship from the Society for Renaissance Studies (2012-13).

Sara was appointed as a lecturer in English in September 2013 and promoted to senior lecturer in 2021.

In addition to teaching at Loughborough, Sara has taught as a Visiting Lecturer at the University of Worcester (Renaissance Verse), Birmingham City University (Shakespeare Studies), and Newman University (Introduction to Early Modern Drama).

Sara is an academic advisor to the National Civil War Centre in Newark, where she and Dr Catie Gill have worked to help diversify their exhibitions and develop new ways of telling women’s stories. You can watch some of the work they have been doing here in a film about seventeenth-century birth practices and here in a video about how fake news cancelled Christmas. Sara is on the organising committee of the Women’s Studies Group, 1558-1837, and collates their monthly newsletter for members.

In addition to her academic writing, Sara has turned her research into historical fiction novels and her debut novel, The Gossips’ Choice was published in May 2020.  The sequel, The Midwife's Truth will be published by Wild Pressed Books in spring 2022. You can see Sara’s interview about how she turned her research into a work of fiction here. She writes about the seventeenth century for many historical magazines such as History Today, Discover Your Ancestors, and Who Do You Think You Are? And has been commissioned to write about her research for international magazines such as Outlook India. Sara has appeared on BBC's Countryfile programme (Dec 2021) and the BBC History Extra podcast discussing childbirth in history. She is interviewed regularly on various BBC outlets about her research and is happy to receive media enquiries.

Sara’s research focus is on the cultural representation of women’s physical and spiritual health in early modern England.

Her doctoral research was developed into a monograph, Menstruation and the Female Body in Early Modern England published by Palgrave Macmillan (2013). This was followed by a co-edited an anthology of women’s writings about their bodily and spiritual health, Flesh and Spirit: An Anthology of Seventeenth-century Women’s Writing for Manchester University Press (2014). This volume included some women whose writing is anthologised and so made available to a wider audience for the first time. This includes women writing during the English Civil Wars. Her research has gone on to analyse the presentation of miscarriage and pregnancy in this era and she has published widely on this topic.

Sara has published a research-as-practise historical novel, The Gossips’ Choice (2020) which follows the life of a midwife working in 1665, her family saga, and the lives of the women she serves. It is based on the writings of real historical figures who have informed Sara’s research over the years. A sequel The Midwife's Truth will be published in spring 2022.

Sara is currently co-authoring a book on humour in the Restoration era with Professor Nigel Wood (Loughborough University) and Dr Lyndsey Bakewell (DMU). The book is contracted to Routledge.

She is co-editing a special edition of the Women's Writing with Dr Jennifer Evans (Herts) on women and illness, and is editing a volume of A Cultural History of Blood which is to come out as part of the Bloomsbury cultural history series. Sara is editing the 'early modern' volume 1400-1700.

Sara team teaches on the core first year introductory modules, and specialises in teaching literature of the Renaissance to the Restoration. She contributes to 'Narrative Forms'  the first year core module. She co-convenes and teaches on 'The Weaker Vessel: Writing about Life in the Seventeenth Century' and 'Love and Life in Stuart Era Literature' with Dr Catie Gill.

Sara is the module leader for the new MA module 'Writing Heritage and History' and contributes to 'Writing for Publication' and 'Writing in the Community' for the MA: Creative Writing and the Writing Industries.

Sara is the primary supervisor to Amelia Mills who is a final year PhD student examining Aphra Behn's romantic fictions and poetry, particularly those that used French sources, in the late seventeenth century. She has particular interests in the history of emotion and women writing about love in the seventeenth-century, and also French and English cultural interaction at the end of the seventeenth century.

Two of Sara's research students successfully completed their PhD research in 2021. Katherine Woodhouse-Skinner completed a study of female adolescence in the long eighteenth century, and Chloe Owen completed a project on the supernatural in early modern drama in relation to sleep paralysis and hypnic-hallucinations.

Megan Constable "Writing as Other: Investigating the ‘Right to Write’ in Fictional Representations of Disability with a Creative Response."

She is always happy to hear from anyone considering doctoral research in her specialisms.