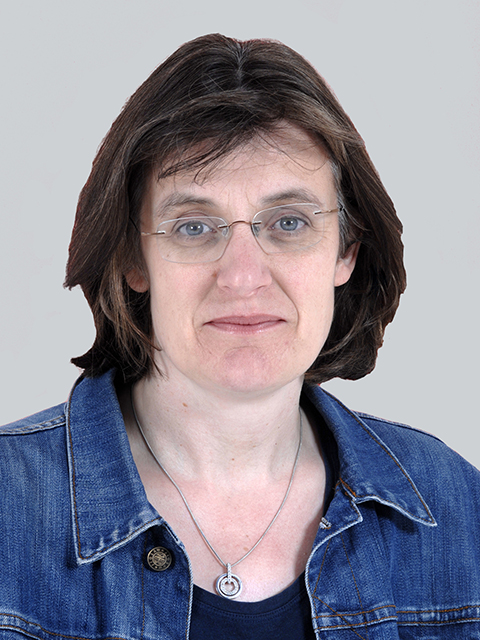 Clare Hutton joined Loughborough in 2004, following an AHRC postdoctoral fellowship at the Institute of English Studies, University of London.  She did her first degree in English at the University of London, and then moved to Trinity College Dublin where she completed an MPhil in Anglo-Irish Literature.  Her doctorate, completed at the University of Oxford in 1999, was on early twentieth century Irish literature, and was supervised by Roy Foster, Don McKenzie and Bernard O’Donoghue.  Following the birth of her three children, Clare worked part time from 2008 to 2016.  She was appointed Senior Lecturer in 2015, and Reader in 2020.

Clare was awarded one of Loughborough’s prestigious University Fellowships in 2019, and is completing research on a range of projects relating to the literature of the Irish Literary Revival.  She was Visiting Fellow at the Long Room Hub, Trinity College Dublin in February 2020.  She is also Andrew Mellow Visiting Research Fellow at the Harry Ransom Center, University of Texas, where she has been developing research on the role which women played in facilitating the authorship of James Joyce’s Ulysses.

The digital revolution is changing literary studies, and Clare has pioneered undergraduate teaching which develops synergies between traditional literary scholarship and new digital technologies.  In Spring 2020 her expertise in curriculum design was recognized through a Research Informed Teaching Award.

Since Spring 2019 Clare has been Academic Lead for the Big Booker Read, an initiative which encourages students at universities across the UK to engage with leisure reading and the very best in contemporary literary fiction. Under the auspices of this scheme, students are offered a free Booker Prize novel, and the opportunity to attend a reading by the author of the work. The first author to visit, in October 2019, was Anne Enright, winner of the Booker Prize in 2007, and one of Ireland’s most exciting and important contemporary writers.

Clare is Fellow of the Higher Education Academy.

Clare began her research career by completing a doctorate on the publishing history of the Irish Literary Revival.  Her research looked in detail at the movement which brought Irish writing to a world audience, and facilitated the careers of two major authors with sustaining critical appeal: W. B. Yeats and James Joyce.  This research laid the foundation for two monographs: Serial Encounters: Ulysses and the Little Review (Oxford University Press, 2019) and Yeats, Joyce and the Textual Culture of the Irish Literary Revival (in progress, and under contract with OUP).

Funded by an award from the Leverhulme Trust, Serial Encounters: Ulysses and the Little Review is an original study of James Joyce’s Ulysses, and looks at the critical and textual significance of the way in which Joyce’s evolving work was first serialised.  Joyce never visited the US, but Ulysses was first published in New York in the Little Review between 1918 and 1920. Serial Encounters investigates the initial reception of Joyce’s iconic work, and argues that the circumstances in which the work was first written and read shaped the final product.  The study is based on detailed archival work in numerous US research libraries.

Yeats, Joyce and the Textual Culture of the Irish Literary Revival will investigate the general conditions of textual culture in Ireland between 1892 and 1922.  The Literary Revival underpinned the foundations of Irish cultural nationalism and saw the publication of works such as Yeats’s Responsibilities (Cuala Press, 1914), Joyce’s Dubliners (Grant Richards, 1914), Synge’s Playboy of the Western World (Maunsel, 1907) and O’Casey’s The Plough and the Stars (Macmillan, 1926). This monograph will consider what can one learn from examining the original circumstances in which these major works were published and read. It will also consider how the specifics of these case studies relate to a more general history of Irish textual culture during the period.

What links these two monographs is an interest in book history and three simple but important questions: how literary texts get written (the question of authorship), how, where, when and why they are read (the questions of reading and reception), and how, when, and by whom are they published (the question of publishing). Clare’s recent research has involved applying these questions to the contemporary period and looking at the annual process of the Booker Prize as an instance of literary history in formation. In 2019, Clare published an an article and blog on Anna Burns’ Milkman, winner of the Booker Prize 2018.

Other current research and writing projects include:

Clare’s research has been funded by the AHRC, the Leverhulme Trust and the British Academy.

Recent teaching, discussed in an article which appeared in The Bookseller, 'How Students of the Digital Literary Sphere are Analysing the Man Booker Prize’, has involved looking at the annual process of the Booker Prize (as it happens in real time, during October) and requires students to engage with what might be termed the ‘hyper contemporary’, the just-published and prize-winning literature of now.

Booker novels which sparked significant student engagement include: Sally Rooney, Normal People, Anna Burns, Milkman (in 2018) and, in 2019, Bernardine Evaristo, Girl, Woman, Other and Oyinkan Braithwaite, My Sister, The Serial Killer.  For student vlogs on these and other Booker novels, see https://www.lboro.ac.uk/subjects/english/undergraduate/student-work/

Funded by a Loughborough University studentship, Leah completed her PhD in exactly three years and passed with no corrections in October 2019.

Clare would be delighted to hear from students wishing to work on the following topics:

Please get in touch to discuss your ideas.  The University advertises PhD studentships annually in January.