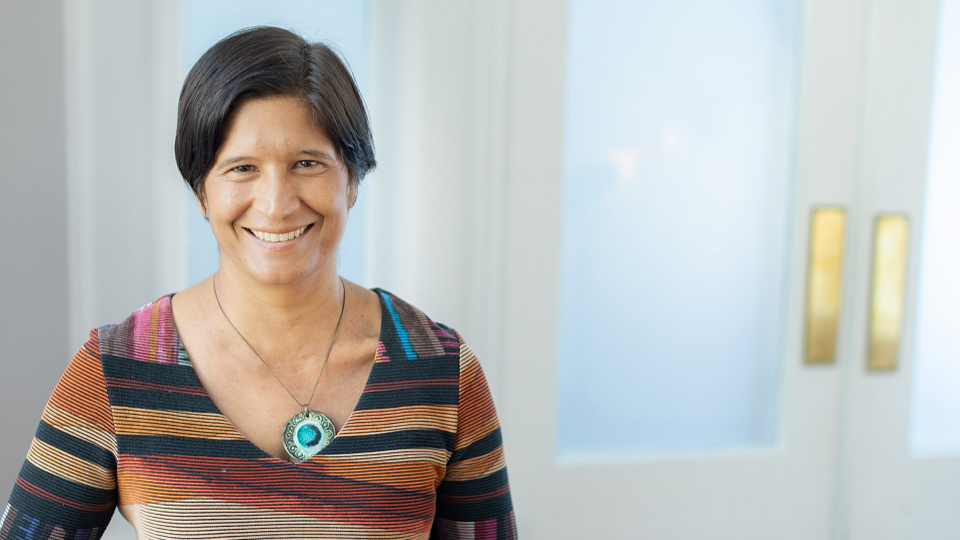 The first full-length study to examine utopian plays in Western drama from antiquity to the present, Utopian Drama: In Search of a Genre (Methuen Drama, 2022) analyses utopian drama through the ages, and considers the added value that live performance brings to the fictional presentation of utopian societies.

Authored by Loughborough’s Dr Siân Adiseshiah, Reader in English and Drama, the monograph scrutinises the distinctive intervention of utopian drama through its examination alongside the utopian prose tradition – in this way, the book establishes new ways of approaching utopian aesthetics and new ways of interpreting utopian drama. This book provides fresh understandings of the generic features of utopian plays, identifies the gains of establishing a new genre, and ascertains ways in which this genre functions as political theatre.

Dr Adiseshiah said: “most people are very aware of the utopian novel. Thomas More coined the word ‘utopia’ in his 1516 work Utopia, and this iconic text spawned hundreds of utopias in prose fiction across the centuries, many of which are commonly known.

“But people are far less familiar with the utopian play, despite there being examples that pre-date More’s Utopia.”

Referring to over 40 plays, of which 18 are examined in detail, Utopian Drama traces the emergence of the utopian play in the Western tradition from ancient Greek Comedy to experimental contemporary work. Works discussed in detail include plays by Aristophanes, Margaret Cavendish, George Bernard Shaw, Howard Brenton, Claire MacDonald, Cesi Davidson, and Mojisola Adebayo. As well as offering extended attention to the work of these playwrights, the book reflects on the development of utopian drama through history, notes the persistent features, tropes, and conventions of utopian plays, and considers the implications of their registration for both theatre studies and utopian studies.

Professor Tom Moylan (University of Limerick) calls Utopian Drama ‘a breakthrough intervention that cracks open the scholarly paradigms of both theatre studies and utopian studies’. The book is described by Professor Jill Dolan (Princeton University) as a ‘fine and nuanced study’ that is ‘keenly needed at a historical moment when dystopia manifests on all fronts’. Professor Elaine Aston (Lancaster University) calls it an ‘illuminating study’ that is ‘epic in historical scope and engaging with an array of interdisciplinary frameworks’, and Professor R. Darren Gobert (Duke University) praises its clear-eyed and critical approach and its reminder of theatre’s ‘capacity to imagine and inaugurate new social relations.’

For more information and to buy a copy of the book, click here.