The behaviour of the vast majority of Loughborough students is exemplary - they are responsible and considerate, and their conduct helps to maintain the good reputation of the University and its positive relationship with the local community.

However, the University has rules on student discipline, to deal with the small number of occasions when behaviour falls short of expectations. These are contained primarily in Ordinance XVII, but there are also provisions in the Charter and Statutes, and in other Ordinances and Regulations.

The University requires all students to conduct themselves in a way which is honest and peaceable at all times, both on and off campus, and may take disciplinary action against students whose behaviour improperly interferes with the functioning or activities of the University or those who work and study in it. It may also take action in relation to student misbehaviour which affects members of the local community, and/or which damages the standing of the institution.

Should you be found guilty of a disciplinary offence in accordance with Ordinance XVII, you have the right of appeal. Your appeal must be submitted using the Ordinance XVII Appeal Form to the Secretary of the Student Discipline Appeals Committee no later than ten working days after the date of the letter/email confirming the outcome of the disciplinary case. Any mitigating circumstances raised as part of an appeal will normally only be considered if supporting documentary evidence is provided.

You may wish to seek independent guidance on your appeal from LSU Advice, an independent service based in Loughborough Students’ Union. 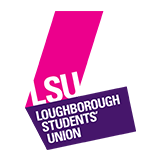 Where a penalty has been applied which is in keeping with the Student Discipline Committee Guidance for Sanctions an appeal is unlikely to be accepted on the grounds that the sanction(s) imposed were unreasonably severe given the circumstances of the case, unless there is evidence of mitigating circumstances which was unavailable, or which you had good reason for not submitting, as part of the initial consideration of your case.

A lack of understanding of the restrictions for student parking on or off campus is also unlikely to be considered as valid grounds for appeal.

For more information on the University’s disciplinary procedures, please see the following links: