Award-winning designer-maker Emily Whitesmith develops beautiful hand-woven textiles and is preserving these traditional skills by teaching others how to enjoy the creation of fabulous fabrics.

When she graduated in 2010 with a First in Woven Textiles, Emily undertook a three-month internship with renowned woven textile designer Margo Selby. As well as developing a furnishing fabric project on the loom, Emily also had her first taste of teaching which she loved.

Despite the possibility of joining the company, Emily decided to take a leap of faith and go it alone.

In January 2013, she exhibited her collection at The Mall Galleries in London with the Society of Designer Craftsmen, and was invited to sell her work at the Informed Design Shows.

Around this time, and completely by chance, she learned about the WHM Work Connections skills centre in Seagrave, Leicestershire which helps “adults with learning difficulties move into the world of work”. The centre was looking for someone to teach weaving...

Emily began to formulate a plan that would capitalise on her passions for weaving and teaching. She decided to launch her company – Weaversmith – but wanted to supplement her creative talent with a healthy dose of business skills and know-how. So, in October 2013, she joined the Studio.

Under the Weaversmith brand, she now combines her love of creating bespoke hand-woven fabrics using traditional techniques with running hand-weaving workshops at a handful of venues including the WHM Working Connections centre.

Her cutting-edge designs have caught the eye of major textile design companies such as Desigual and Harlequin, and have earned a number of prestigious awards including accolades from the Worshipful Company of Weavers and the Society of Dyers and Colourists.

In 2013, Emily won the Entrer Prix Award and an UnLtd HE Social Entrepreneurship Award to help finance the development of Weaversmith. Most recently, she won the Mollie Makes Handmade Award for Social Enterprise. 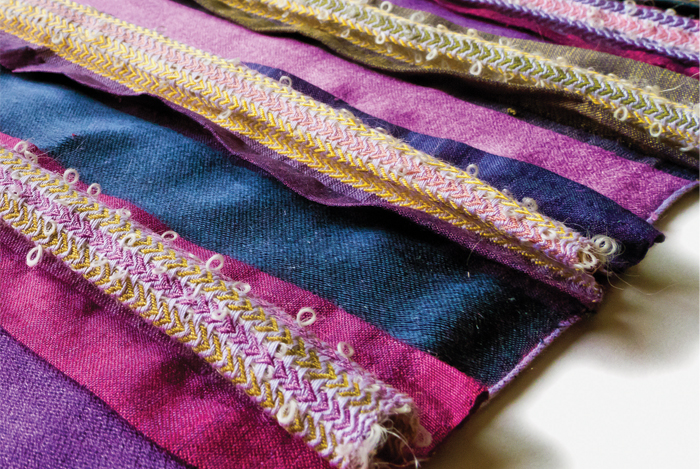