Hydrogen in Africa: New research maps out how clean energy can be generated without creating a dirty business 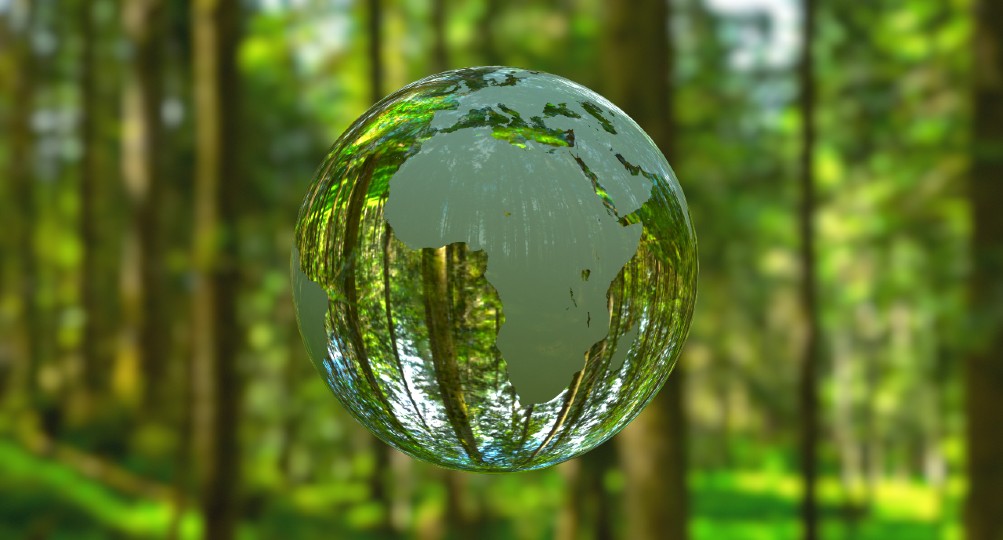 To meet emission reduction targets, countries need to decarbonise their power sectors – i.e., reduce the amount of carbon emitted when generating one unit of electricity.

Doctoral Researcher Mulako Mukelabai, and Dr Richard Blanchard, of Loughborough University, along with Professor Upul Wijayantha, now at Cranfield University, have outlined how Africa’s renewable energy resources and minerals can be utilised to provide clean energy to millions of households and help meet global net-zero targets.

Despite Africa’s carbon footprint accounting for 3% of global greenhouse gases due to current low economic activity, it heavily relies on traditional biomass fuels – such as wood and coal – to meet daily energy requirements.

Using such fuels not only contributes to global warming by releasing large amounts of carbon dioxide (CO2), burning biomass also emits harmful gases that threaten people’s health and it contributes to unmanaged deforestation.

Africa’s rapid population and economic growth are expected to increase the continent’s energy consumption, so meeting this growing demand is key to mitigating emissions and enabling Africa’s growth.

Published in the Renewable and Sustainable Energy Reviews Journal, Mulako and the team’s research specifically focuses on the role hydrogen can play in decarbonising Africa’s predicted future greenhouse gas emissions.

Most of the current global hydrogen (80%) is produced through carbon-intensive methods involving methane.

However, hydrogen can be produced through electrolysis – the process of using electricity to split water into hydrogen and oxygen – and this can be powered by renewable electricity resulting in what is termed ‘green hydrogen’.

Several studies have evaluated the potential of hydrogen in Africa, but Mulako and team’s paper is the first to look at hydrogen potential at a country-level and assess communities’ water and energy access needs, transportation systems, and costs.

The team looked at how solar power, concentrated solar power (a method that converts the sun's energy using various mirror configurations to drive a heat engine and produce electrical power), wind power, and biohydrogen (hydrogen that is produced biologically) could be used to power electrolysis to produce green hydrogen.

Of the findings, Mulako said: “We found that the total hydrogen potential in Africa is about 16,000 million tons/year, which is 24 times more than the forecasted 2050 global hydrogen demand.

“But this enormous hydrogen potential can worsen the water and electricity access in Africa, especially with the onset of long-distance hydrogen trade.

“However, there is hope because we have provided sustainable solutions such as long-distance water transportation.

“The goal when creating a hydrogen economy should be to ensure access to electricity, clean and safe drinking water, and wealth distribution. Otherwise, the hydrogen economy may repeat the same profit-driven values of the oil and gas industry.

“I hope this paper provides a catalyst to understand the market opportunities for green hydrogen in Africa.”

Dr Blanchard believes the paper shows that Africa could do a ‘technological leap-frog’.

He said: “What we can infer is there is an opportunity for Africa to jump to a hydrogen economy by passing the need for large-scale fossil fuel power plants.

“This technological leap-frog has already happened with mobile phones and mobile banking where hard-wired infrastructure are not always needed.”

Professor Wijayantha added: “Africa not only has all the raw materials necessary to produce green hydrogen, but the continent also has excellent platforms for collaborations in the form of regional economic associations.

“If the right investment environment is created, Africa has the potential to thrive the hydrogen economy and significantly contribute to reducing the global emission levels.”

The research paper, titled ‘Renewable hydrogen economy outlook in Africa’, can be downloaded in full through Science Direct.