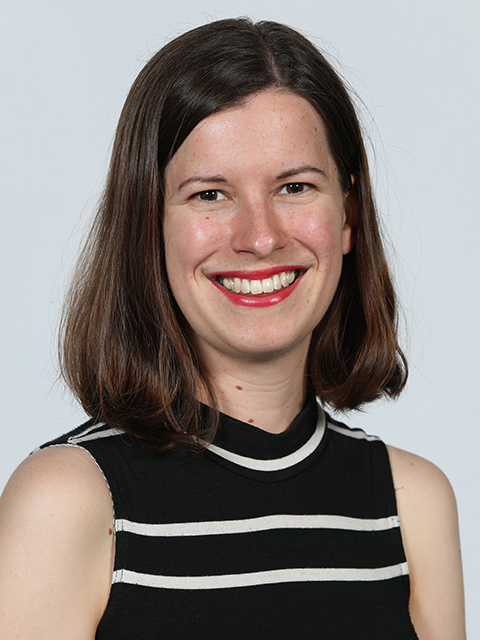 Sarah Parker specialises in nineteenth and twentieth-century literature, with an emphasis on poetry, women's writing, decadence and aestheticism, gender and sexualities, and visual culture. Prior to joining Loughborough in 2016, she was an Impact Research Fellow at the University of Stirling.

Sarah is the leader of the Cultural Currents Research Group at Loughborough, which focuses on continuities between the 'Victorian' and 'modern' periods. As leader of this group, Sarah has organised several conferences and events including Editing Decadence (2022), Queen Victoria and George Eliot: Lives and Afterlives (2019) and George Egerton and the Fin de Siècle (2017), as well as a successful public engagement event, the Decadent Literary Salon, as part of LU Arts Festival.

Beyond Loughborough, Sarah is a committee member of the British Association of Victorian Studies and a member of several other academic bodies and review boards, including the editorial board of two major international Digital Humanities projects, The Diaries of Michael Field and the Amy Lowell Letters Project.

Sarah regularly presents her research to public audiences, and has featured on Radio 3’s Free Thinking. Her article on Michael Field for The Conversation attracted a considerable readership and was republished in The Independent.

Sarah’s interest in the visual representation of women poets can be seen in her online exhibition for the National Portrait Gallery, Women Poets and Photography, 1860-1970, as well as her upcoming exhibition Poets in Vogue, taking place at the National Poetry Library.

Sarah’s research focuses on late-nineteenth and early twentieth-century poetry, with intersecting interests in gender and sexuality, decadence, aestheticism, and modernism, and visual cultures.

Sarah’s first monograph, The Lesbian Muse and Poetic Identity, 1889-1930 (Routledge 2013) reconsidered the role of the muse in late-Victorian and modernist women's writing, analysing poetry by Michael Field, Olive Custance, Amy Lowell, H.D. and Bryher. This volume was praised as ‘the most original full-length work on the figure, texts, and contexts of nineteenth-century female poets since Yopie Prins’s Victorian Sappho of 1999’ (The Year's Work in English Studies).

Sarah is a recognised authority on the collaborating poets ‘Michael Field’, aka Katharine Bradley and Edith Cooper. She is the co-editor of Michael Field, Decadent Moderns (Ohio University Press 2019, with Ana Parejo Vadillo) and has recently co-edited Michael Field, For That Moment Only and Other Prose Works for the MHRA Jewelled Tortoise series (2022), alongside Alex Murray.

Sarah is currently completing her second monograph, entitled Form and Modernity in Women’s Poetry, 1895-1922, which will be published in Routledge’s ‘Among the Victorians and Modernists’ book series.

Sarah teaches across all undergraduate years, on modules including Analysing Poetry (Part A), Victorian Literature (Part B), Strange Fascination: Queer Desires and Identities in Literature, 1886-1952 (Part B, co-convened with Claire O’Callaghan), and Radicals and Reactionaries: Writing Women of the 1890s (Part C, co-convened with Anne-Marie Beller). She has supervised numerous dissertations in her areas of research specialism.

Sarah is a Fellow of the Higher Education Academy.