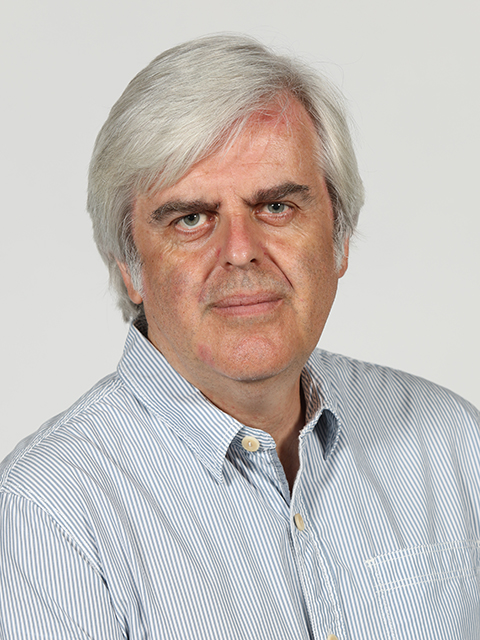 Nick's teaching is currently concentrated in the second and third years of the undergraduate degree course. Second years will encounter him on Victorian Literature, as well as on his optional module, The Weird Tale, a journey into strange supernatural worlds inhabited by writers such as Shirley Jackson, Robert Aickman, and Thomas Ligotti. Here students can experiment with creative writing as well as more conventional literary criticism. Third years will work with him on their dissertations, and he also contributes to the creative writing MA.

Nick has supervised a number of doctoral theses, including work on the Gothic, Daphne du Maurier, Oscar Wilde, inter-war poetry and art, short stories of the 1890s, Dickens, Victorian periodicals, and the literature of the First World War. He has a PGCE in teaching in higher education and is a Fellow of the Higher Education Academy. He has examined doctoral theses throughout the UK, as well as work from Canada and Brazil.

Nick’s scholarly research is a combination of literary criticism and cultural history and is largely in two areas.

He is an authority on the decadent culture of the 1890s, and the author of two well-received books, Conceiving the City: London, Literature, and Art 1870-1914 (2007) and 1895: Drama, Disaster and Disgrace in Late-Victorian Britain (2011, paperback 2013). He has particular interests in Oscar Wilde and the poet and critic, Arthur Symons, publishing a critical edition of Symons’ short fiction, Spiritual Adventures, in 2017, but he has written on a wide range of 1890s’ literature. This includes the decadent poetry of Ernest Dowson and the gothic fiction of E.F. Benson, Arthur Machen, and Robert Hichens. Recent work has looked at the psychological realism of fin-de-siècle ghost stories, The Yellow Book, and the evolution of decadence in the early twentieth century.

His short film about Wilde’s The Picture of Dorian Grayis available on the departmental webpage.

When not being decadent, Nick has a longstanding interest in Gothic, Weird, and fantasy writing. Among his many articles and book chapters are pieces on M. John Harrison, Richard Marsh, James Herbert, Saki, Edith Nesbit, haunted houses, and black magicians. If you are interested in folk horror, you might encounter him in the company of the Whittlesey Straw Bear or the Green Man of Clun…

Nick reviews for many leading academic journals and publishers and regularly presents his work at academic conferences. He gave keynote addresses at Arthur Symons at the Fin de Siècle (Goldsmiths, University of London, July 2017), and Aestheticism and Decadence in the Age of Modernism (Senate House, London, April 2015). He has contributed to a number of radio programmes including this discussion of the Weird on BBC Radio 3’s Free Thinking, and has also written for newspapers and The Conversation.

He is a member of the Oscar Wilde Society, the Friends of Arthur Machen, and the British Fantasy Society.