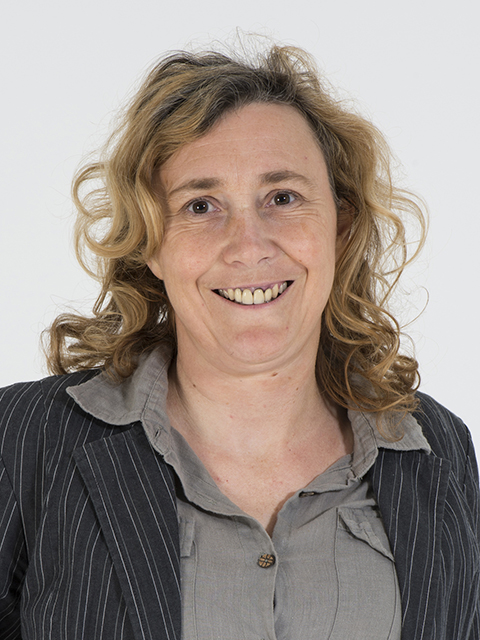 Catie has been a lecturer in Early Modern Writing at Loughborough since 2007, having gained her BA at Birmingham University and my PhD at Loughborough. Her main areas of interest are seventeenth-century radicalism, religious communities, and life writings. These concerns feed both the research and the teaching that she does.

Her research and writing have always taken her towards social, cultural and political themes, and by focussing particularly on Quakers she is able to investigate their engagement in the re-building of British society after the civil wars of 1642-51. Her focus on the (plentiful) published work of the era. She is also interested in gender norms and women’s self-expression as well as matters of literary form. Her Ph.D, which was supervised by Professor Elaine Hobby, resulted in the book Women in the Seventeenth-Century Quaker Community (2005). She has since researched more on Quaker women, on life writings, and is currently analysing the Journal of George Fox.

She has a long-standing interest in engaging outside Higher Education. She and Professor Elaine Hobby were selected as an Impact Case Study for the Research Excellence Framework (REF), titled ‘Inspiring Contemporary Quakers through Presenting Seventeenth-Century Quaker Women’s Thinking to Them’. Since 2017, with Dr Sara Read, she has been an academic advisor to the National Civil War Centre in Newark in order to help diversify their exhibitions and develop new ways of telling women’s stories using their collections. You can watch some of the work they have been doing here in a film about seventeenth-century birth practices and here in a video about how fake news cancelled Christmas.

The subject of her first book was Quaker writing 1652-1688, specifically women’s writing. This project was fuelled by a desire to explore gender norms, and to understand texts that were formally complex in terms of their publication. The resulting book, Women in the Seventeenth-Century Quaker Community (Ashgate, 2005), particularly focused on multiply-authored works.

In subsequent articles and chapters, conference papers and invited talks, she has continued to expand her understanding of Quakerism, especially in the co-edited New Critical Studies on Early Quaker Women (Oxford University Press, 2018). In several of her current projects, the characters and the stories of Quakers, as well as contemporary reaction to them, provides a rich body of source material for researching the lives of early modern people.

She has also edited a collection about Restoration theatre (Ashgate, 2010), and revived this interest to discuss a leading practitioner of the stage, Aphra Behn, for the journal Women’s Writing (2020).

After working to assess Quaker George Fox’s legacy, she became interested in how other religious leaders were reappraised in the 1690s, after their death. New research emerging from this seeks to explore the religio-political debates of this decade in a book, provisionally titled Writing Controversy. She is currently editing a volume titled ‘Honest Labour: Exploring the Interface between Work and Nonconformity’.

Catie runs the Loughborough Early Modern Culture Research Group, which provides a focal point for research, and she is also part of the Textual Editing Research Group.

I teach on a range of Loughborough modules. I am very interested in the way that English Studies is being transformed by the rapid changes in technology of the Digital age, and am especially proud that I was nominated by my students for a ‘Teaching Innovation’ award as a result of my curriculum development in this area (2017).  My method of teaching includes the digital, while my principle subject area is early modern literature and culture. Along with my colleague Sara Read, I teach on modules foregrounding the period’s variety: ‘Women’s Writing in the Seventeenth Century’ which explores women’s self-expression, and ‘Love and Life in Stuart-Era Literature (1703-1714)’ which looks primarily at how writers conceptualise relationships and sexuality. I am also interested in narrative and critical theory, and especially how texts can be read from a range of perspectives.

An article in Huntington Library Quarterly was part of the award-winning volume (Council of Learned Journals Voyager Prize, 2010). Her current research project was funded in its early stages with a British Academy Small Research Grant (2009), and by the Hodgget grant from the Friends Historical Society (2018).