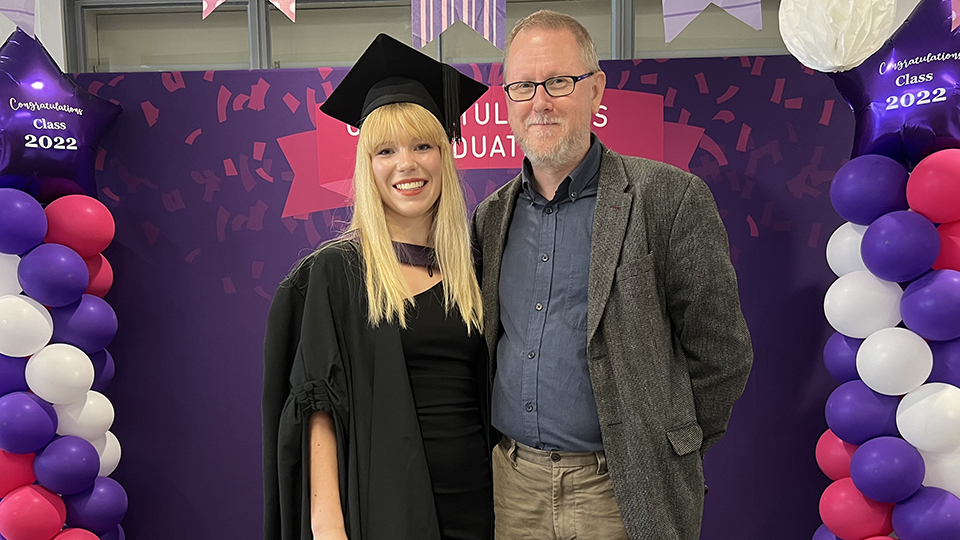 Last week, our 2022 English cohort graduated and enjoyed a brilliant day on campus celebrating with friends, family, and staff members from our School.

Awarded annually to the final year student who submits the best original work of poetry, prose or drama, The Ernest Frost Prize takes the form of a certificate and a £150 prize. Ernest Frost was educated internationally, in Italy and England, in a variety of schools, and after the Second World War attended a training college for teachers. Before coming to Loughborough, he taught successfully at several schools in London and the Home Counties. He also took a great deal of pleasure in teaching literature to adults. He was Lecturer and then Principal Lecturer in the Loughborough College of Education from 1963, and with the remainder of his Department in due course joined the University. He published poetry and six novels, three of which have been Book Society choices. In 1980, he was awarded the degree of Master of Arts, honoris causa by Loughborough University.

The English Prize is awarded annually to the student producing the most outstanding work in their final year on single and joint honours programmes in English.

The School of Social Sciences and Humanities Community Prize is a prize to the value of £50 to a Part C English student who is judged to have made an exceptional extra-curricular contribution to the discipline, School, University or wider community

Take a look at our prize winners from Graduation below 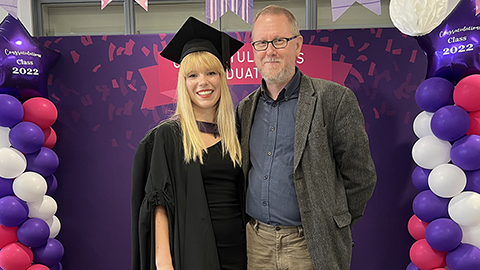 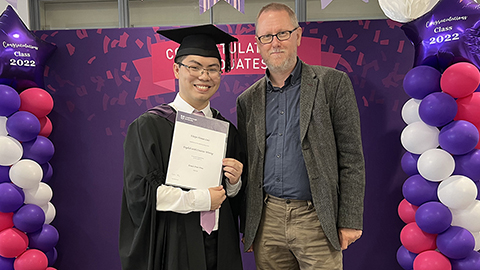 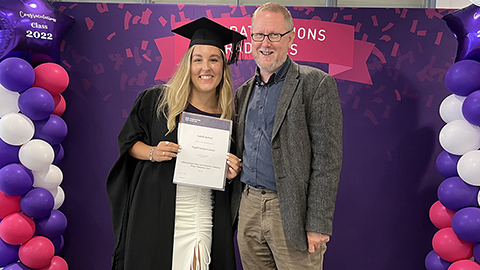